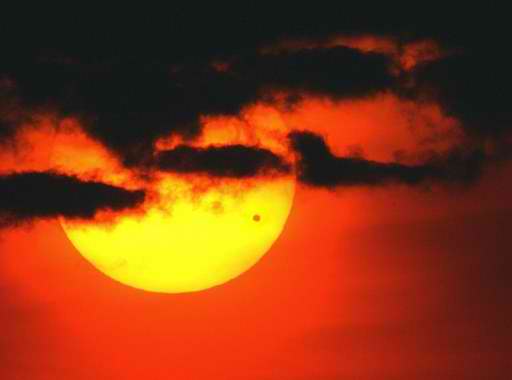 On Tuesday, June 6, those in Asia will have one of the best views of the Transit of Venus -— a planetary alignment that occurs when Venus passes between the Earth and the sun. A lunar eclipse will set the stage for this rare astronomical events–rarer even than the return of Halley’s Comet every 76 years–with Venus appearing as a distinct but tiny round black spot with a diameter just 1/32 that of the sun. The Venus Transit is one of a pair of rare phenomena which happen 8 years apart, with the dual events only taking place approximately every 105 years. Venus will transit west-to-east across the solar disk over a period of 6 hours and 40 minutes, passing through Greenland and far-northern portions of Canada, all of Alaska and Hawaii, central and eastern Asia, New Zealand and the eastern half of Australia.

Read more about Venus, the planet of broken dreams, on Rappler.