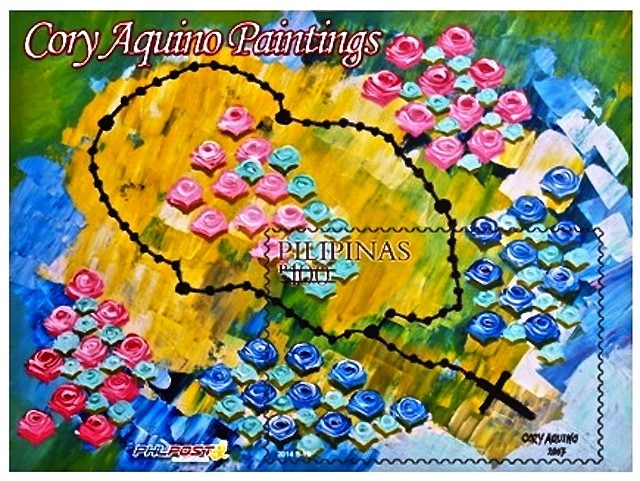 To mimic the subjects, the stamps would be floral-scented, PHLPost said in a statement on Wednesday, July 30.

“As the nation continues to pay honor and tribute in observance of her fifth death anniversary, we would like to immortalize on stamps these fruits of her passion for painting, thus promoting its value, while we do our share in educating and inspiring the succeeding generations about this special talent of President Cory,” said Postmaster General Josie Dela Cruz. 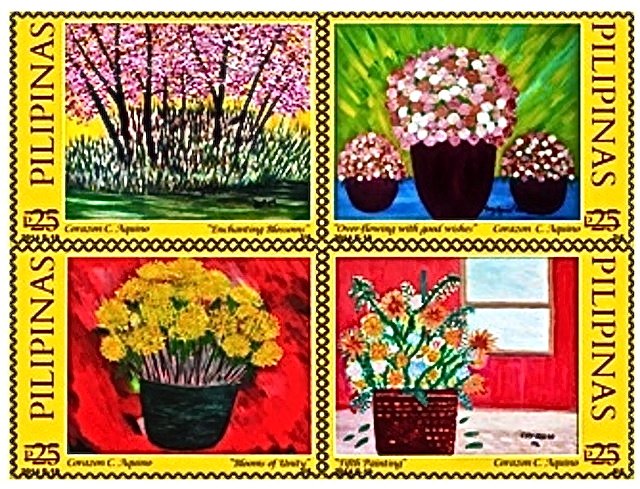 The first day cover cache will feature the paintings lent by the Aquino family.

According to her official website, Mrs Aquino took up painting in 1996 under the tutelage of artist Jeff Consumo, with flowers as her favorite subject.  She liked to give her works as personal gifts.

PHLPost said 200,000 copies in 4 designs of the stamps will be printed using imported unwatermarked paper and floral scented ink.

The stamps and the official first day cover will be available starting August 1, 2014 at the Post Shop, Postage and Philatelic Division located at the Manila Central Post Office, all area offices, and post offices nationwide. – Rappler.com