When talking about sex is easy MANILA, Philippines – In many classrooms, talking about sex still ends up either in awkward silence or in boisterous laughter.

While Filipino teenagers now live in a less conservative society, such reactions to sex education hamper honest and open conversations among students.

Cyrene Israel, a 15-year-old senior from Rizal High School in Pasig, said a lot of high school students are still not open-minded about the topic.

(There are students who give meaning to everything which is why not everything we need to know is discussed in the classroom.)

While the reproductive health law now mandates schools to teach sex education, the government is also using other ways to bring the message closer to young Filipinos. (READ: Do condoms and sex ed promote sex?)

The Commission on Population (PopCom) on Friday, July 25, brought the U4U educational caravan to Rizal High School – one of the biggest high schools in the country. There, about 200 students went around an interactive exhibit called #bakasBukas, and participated in workshops managed by student leaders.

One booth in the exhibit let students play the classic school game, FLAMES, while another booth asks boys and girls to list down or draw the different changes in their body as they go through puberty. With support from the Australian Aid, the United Nations Population Fund (UNFPA), and the Department of Health, PopCom will bring the caravan to more public high schools all over the country.

“Our objective is really the public high schools – that’s where we see a lot of teenage pregnancy. I ask principals: ‘How many teenagers got pregnant this year?’ I haven’t heard an answer of ‘No one got pregnant.’ Every school I go to, there’s 1 to 10 young girls who became pregnant,” Perez explained. (READ: Sex education for all, except in Catholic schools)

The 2013 Young Adult Fertility and Sexuality Study showed 1 out of 3 Filipino youth engages in premarital sex. In Metro Manila, it’s 2 out of 5 Filipino youth, Perez said, citing the same study.

“In a public high school of about 20,000 students, that’s about 8,000 girls or boys who are at risk of becoming instant teenage parents or getting infected with STI,” he added. 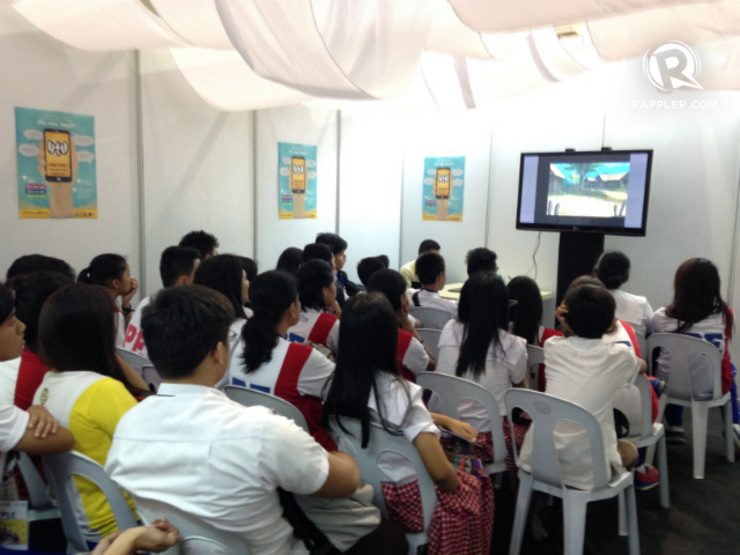 Michael Singh, the National Program Officer for RH of UNFPA said incidents of teenage pregnancy are higher in poorer sections of society because, as demographic data suggest, these people have less access to correct, relevant, and age-appropriate information.

Since U4U was launched in January 2014, Singh said they have been seeing young people responding well to the campaign and vowing to help spread the word to their peers.

He said the most popular take-away messages are the following:

“Young people will really explore. What we need to do is to arm them with the correct information and services,” Singh added.

While high school senior Israel believes sex must only be done by married couples, she is still curious of many things regarding her sexuality.

Peer-facilitated conversations, like the ones conducted in the U4U caravan, allow her to be more comfortable when talking about relationships, sex, and everything in between.

“Tulong yun kasi ka-age namin sila, nafee-feel nila yung nafee-feel din namin, nadadaanan nila yung pinagdadaanan namin, so parang okay lang na maging open kami sa kanila (It really helps that they are the same age as we are, because they feel what we feel, they go through what we go through, so it’s okay to be open to them),” she said.– Rappler.com