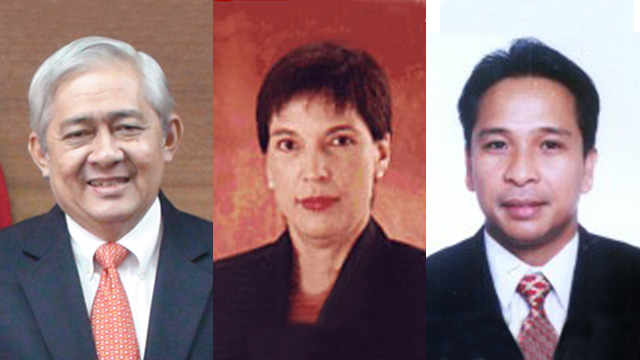 Solicitor-General Francis Jardeleza, lawyer Katrina Legarda and former Ateneo Law Dean Cesar Villanueva were nominated to the post vacated by former Chief Justice Renato Corona on May 29, Judicial and Bar Council member Jose Mejia said Thursday, June 7. Jardeleza applied for a seat in the SC in 2011, while Legarda and Villanueva were nominated to the high court in 2010 and 2008, respectively. Legarda specializes in family law, Jardeleza was a former deputy ombudsman for Luzon, while Villanueva is a certified public accountant with an academic background in commercial law. Applications and nominations for chief justice will be accepted by the JBC only until June 18, after which, it will submit a short list of names to President Aquino.