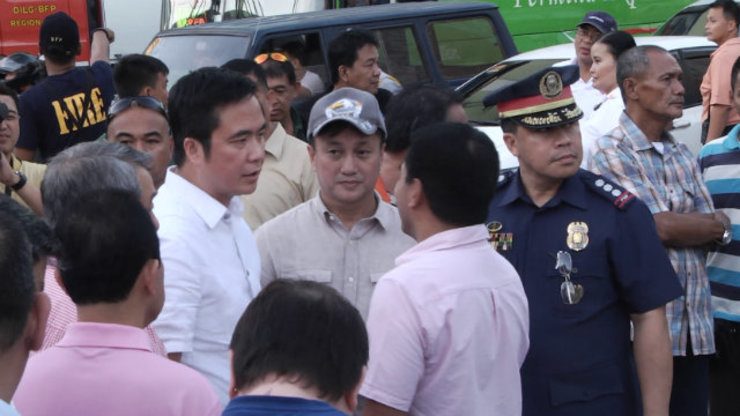 MANILA, Philippines – He oversees the safety and development of the country’s transportation systems but Department of Transportation and Communications (DOTC) Secretary Joseph Emilio “Jun” Abaya admits it’s been almost 2 years since he actually took public transportation.

But even before the incident, the MRT3 has been a constant presence in the news due to glitches, power shortages, and driver error.

Is he willing to ride the MRT3 again? “I’ve committed. Just to show the MRT3 is safe, I’ll find my quiet time to ride the MRT3,” Abaya said. “Quiet time,” he explained, means time away from the harsh media limelight.

“The least I could do is show that I’m either brave enough to risk my life in MRT3 or comfortable enough that MRT3 is safe,” he added.

Abaya was criticized after he said in another interview that it was a “personal decision” for commuters to take the MRT3 despite the August 13 incident and a long list of other glitches.

Although commuter groups have called for his resignation, Malacanang has come to the defense of the Liberal Party president, saying Abaya still has President Benigno Aquino III’s trust. Abaya himself said his termination is a text away.

“I’m not a man into drama but a simple text or wink from the President [signaling] that I should go, and I’ll go,” he told Rappler.

It’s not the first time the public – the Aquino administration’s “bosses” – have asked public officials to take public transportation.

Read more about the MRT3

A Change.org petition with more than 10,000 signatures to date calls on the president to require public officials to take public transport at least once a month. (READ: Are you senators willing to commute?)

Abaya said it’s the department’s goal to move people from private cars into mass transit. “A mass transport expert would say that the true test of a developed country is not when your poor ride mass transit but when the rich get to ride mass transit,” he said.

But the department is far from that dream. The DOTC, in Abaya’s own words, is playing “catch-up,” only recently green-lighting projects and improvements that languished in the past.

Asked if he was willing to convince other members of the Aquino Cabinet to try public transport, Abaya said yes. But problem, he said, is that “time is precious for Cabinet secretaries” while the metro’s rail system is “limited.”

The DOTC office, which is located near EDSA, is a long walk away from the nearest MRT3 stop. Several government offices are located near LRT1, LRT2, or MRT3 stations but commuters often need to take another form of transportation – tricycles, public utility vehicles, buses, or jeeps – to get to their final destination.

“I could get smiles, comments, serious [reactions] but of course you can’t make it a policy,” he added. – Rappler.com