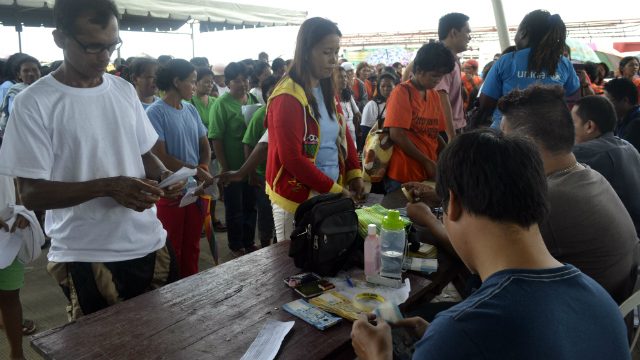 MANILA, Philippines – Lawmakers in the Lower House questioned the effectiveness of the government’s Pantawid Pamilyang Pilipino Program (4Ps) at the budget hearing of the Department of Social Welfare and Development (DSWD) on Wednesday, August 27.

First District of Sorsogon Representative Evelina Escudero asked the Secretary why the budget remained high despite a decline in the number of beneficiaries.

(If the poverty level decrease and also the number of beneficiaries, then there should not be any increase in the budget.)

The DSWD’s proposed budget for 2015 is P108.8 billion ($2.4 billion), or an almost 31% increase from this year’s budget. It is the third-highest budget among all government agencies.

Secretary Soliman said the need for a bigger budget stemmed from the expansion of the CCT program which now includes high school children, or up to 18 years old. Previously, only children under 14 years old were included in the program.

The department will also implement the new Modified Conditional Cash Transfer (MCCT) program that aims to help internally-displaced people or the homeless for 6 months.

Secretary Soliman cited the latest study of the Philippine Statistics Authority (PSA) that shows a decrease in poverty instances – which she said can be attributed partly to the 4Ps. In the report, 24.9% of Filipinos live below the poverty line of about $1.25 a day.  (READ: PH poverty incidence on downward trend – NEDA)

“Ang layunin ng 4Ps naman talaga ay itigil ang kahirapan, hindi man ngayon kundi sa kinabukasan,” she explained. (The goal of 4Ps is to alleviate poverty, if not now then in the future.)

ANAKPAWIS Representative Fernando Hicap, meanwhile, pointed out the lack of uniformity in the basis of poverty instances in the country.

He mentioned the results of the latest nationwide survey of IBON Foundation which shows that self-rated poverty rose to 67% in 2014.

(It’s been almost 7 years since the program started, why is there no change? After high school, how will they find their jobs?)

According to the 2014 report of the International Labor Organization (ILO), the unemployment rate in the Philippines remains at 7% in 2013 despite the economic growth recognized in Southeast Asia.

Soliman explained that the main goal of the DSWD is to help the children go to school, become educated and ‘ready for the future’.

(They are helpless if they do not understand their jobs. We really need to invest in education.)

Under the 4Ps, each family beneficiary receives as much as P1,400 ($32) a month for the health and education needs of their children. Social workers regularly visit each family to make sure that they follow the conditions set by the program, which include requirements for children should to attend at least 85% of their classes, have regular health checkups, and that mothers avail of maternal services.

As of July 2014, at least 4 million families are under 4Ps with 73% located in rural areas. Almost 10 million beneficiaries are aged 3-18 year old. – Rappler.com