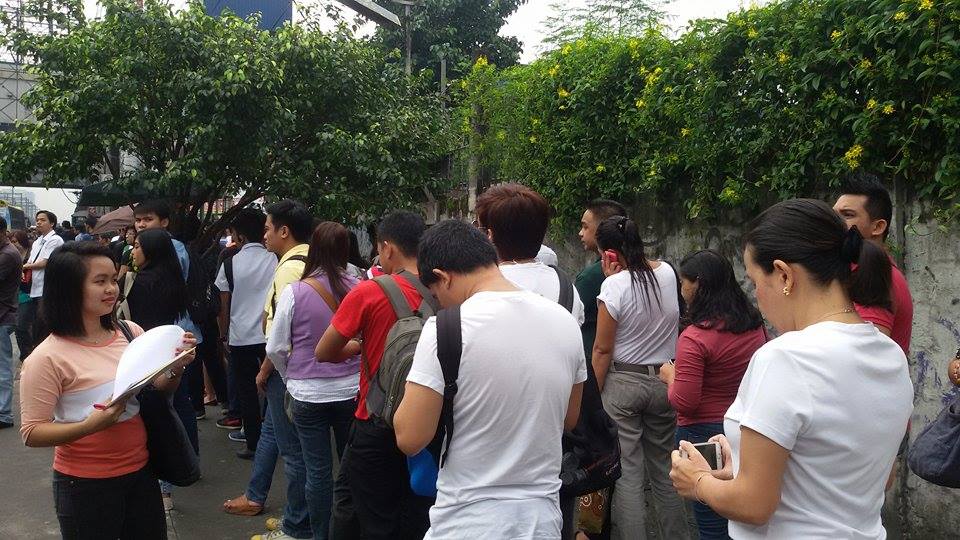 MANILA, Philippines – Days before a Senate hearing on the August 13 Metro Rail Transit 3 (MRT3) mishap that she is set to lead, a Philippine senator did what to many may seem unthinkable – take mass transit.

Senator Grace Poe, who will chair a hearing on the MRT3 derailing that injured 36 people, rode from end to end of the train line during the Friday, August 29, morning rush hour.

The entire experience, including lining up to get her ticket and traveling from the North Avenue Station in Quezon City to the Taft Station in Pasay City, took 2 hours.

“I want to be able to speak from first-hand experience what a passenger experiences riding the MRT,” Poe told Rappler in a text message, when asked about her unannounced MRT3 ride.

Poe lined up for around 40 minutes at the North Avenue station starting at 8:20 am. She arrived at the Taft station, the site of the train derailing incident, almost two hours later. 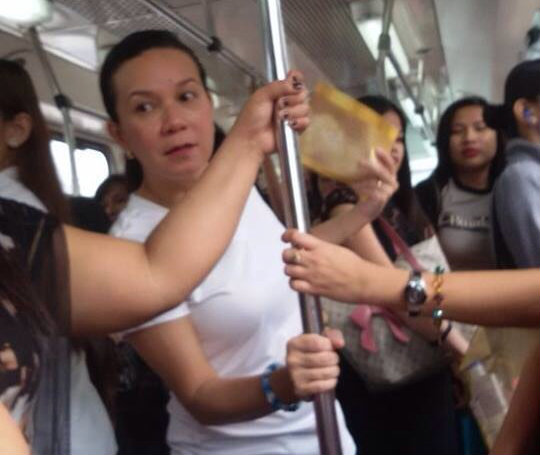 In the Philippines, it’s rare for public officials to take public transportation regularly. (READ: Are your senators willing to commute?)

Transportation Secretary Joseph Emilio “Jun” Abaya said the government dreams to have a mass transit system that people would choose over private cars. Abaya himself, though, is not a regular commuter.

Responding to a text message from Rappler, Brian, Poe’s son and legislative staff member, said it was an unplanned trip. “She just woke up and decided, ‘Today I’m going to take the MRT to see for myself what it’s like during rush hour,’” he said. (READ: DOTC’s Abaya hit for MRT3 ‘stunt’)

There are no sessions at the Senate on Fridays.

The senator did not have media trailing her, nor did she have an army of staff members and security aides with her. She also wasn’t spared the inconveniences Metro Manila commuters go through daily. (READ: End Metro Manila traffic, fund sustainable transport)

Poe told Rappler that although the line was moving at the North Avenue station, a non-functional escalator caused a bottleneck of passengers. Her train ticket also got stuck in the ticketing machine, she said.

Poe boarded the first train coach, which is exclusively for women, children, the elderly, and persons with disabilities. She described the ride as “pleasant,” although she noted the coach was full in some stops.

She later found out MRT3 officials got wind of the senator’s surprise visit and tried to prevent passengers from rushing to the train since she was inside but she asked them not to.

“I know they meant well but I called their attention nicely and explained I need to experience the plight of our passengers,” Poe said.

Again at the Taft station, Poe noted things that could be improved upon. Elevators weren’t working, making it difficult for persons with disabilities to get around.

On August 13, an MRT3 train derailed at the Taft station after a botched “uncoupling” procedure. The train bulldozed through the line’s safety barriers, injuring several passengers.

But even before the August 13 incident, the MRT3 has been a constant presence in the news for its notoriously long lines and hiccups due to technical glitches and human error. 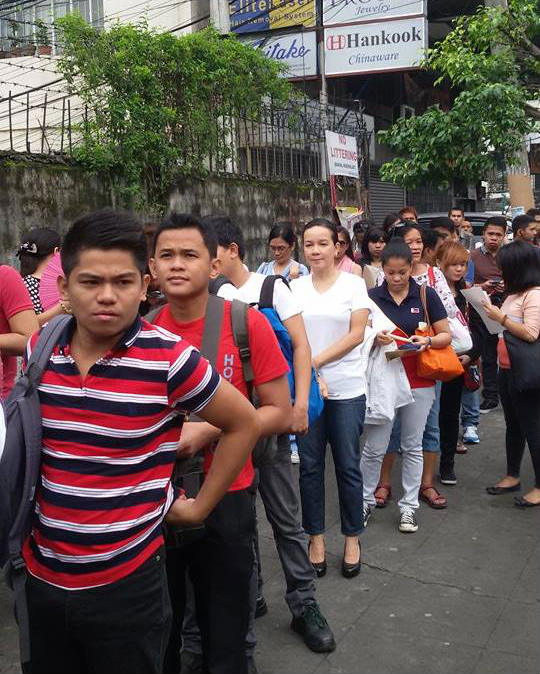 The day after the incident, Poe filed a bill to create the “National Transportation Safety Board” that would probe air, road, and sea accidents.

Poe said the board was needed “due to high incidence of transportation-related accidents not to mention the low quality of transport service, high operation costs and inefficient transit system.”

The proposed board, composed of a chairman with the rank of Cabinet Secretary, and representatives from the private sector, and public transport providers, would also “address the root cause of this disturbing trend and manage solutions to ensure the safety of commuters,” she said.

Poe’s bill and 3 other resolutions asking for a probe on the MRT3 derailing will be tackled at the Senate hearing on Monday.

Despite and perhaps because of her morning commute, Poe said the much-maligned train line “is not a hopeless situation.” She said that passengers told her that despite the MRT3’s glitches, it remains their preferred mode of transport.

“The government just has to step up its efforts in the proper maintenance of the trains and the station,” she said, encouraging other government officials to ride the MRT3 as well. – Ayee Macaraig and Bea Cupin/Rappler.com