Aug 29, 2014 11:55 PM PHT
Agence France-Presse
Facebook Twitter Copy URL
Copied
Cavusoglu takes on the post at a critical time, facing an enormous task with Turkey mired in foreign policy difficulties in the Middle East amid the strife in its conflict-torn neighbors Syria and Iraq 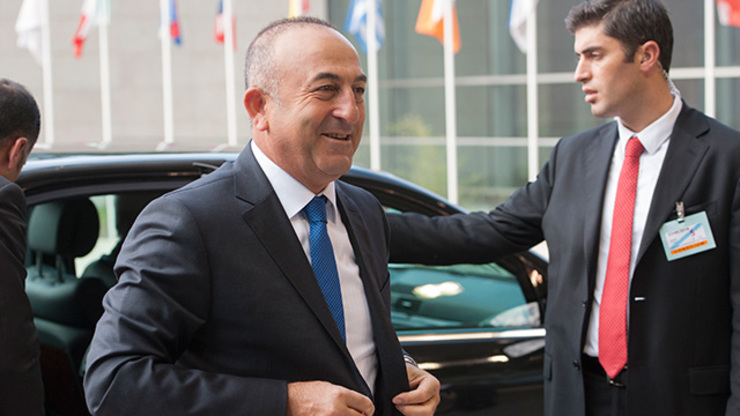 ISTANBUL, Turkey – Mevlut Cavusoglu, who was on Friday, August 29, named as the new Turkish foreign minister, is a strong supporter of Turkey’s integration with the European Union as well as part of the inner circle of President Recep Tayyip Erdogan.

Cavusoglu takes on the post at a critical time, facing an enormous task with Turkey mired in foreign policy difficulties in the Middle East amid the strife in its conflict-torn neighbors Syria and Iraq.

Some analysts believe his predecessor Ahmet Davutoglu – now promoted to prime minister –overreached himself with an ambitious foreign policy aimed at asserting Turkey as an Islamic power.

It remains to be seen if Cavusoglu will pursue more modest aims, although in his first comments after being named he staked out EU membership as a priority and did not mention the Middle East.

“It is quite a difficult process, but we believe in it… We have made important advances and I hope the European Union will realise it,” he said.

“We are ready to fullfil our obligations as long as the EU countries remove the political obstacles ahead of us.”

Accession talks with the European Union started in 2005 but the process has become mired in difficulties with no clear prospect for Turkey’s membership in sight.

However after assuming the presidency on Thursday, Erdogan again set EU membership as a strategic goal for Turkey and Cavusoglu will have the task of driving this forward.

“Our walk towards the EU – which is our strategic target – will continue with determination,” Erdogan said.

Davutoglu, who became foreign minister in 2009, is a controversial figure blamed by some for pursuing an over-ambitious foreign policy that led to the rise of Islamic militants in Syria.

And it is in the Middle East, not Europe, that Cavusoglu faces the most pressing issues.

Cavusoglu faces an immediate crisis in seeking to secure the liberation of 49 Turks abducted from the Turkish consulate by jihadists in Mosul in Iraq on June 12.

Another key issue will be easing tensions with Turkey’s neighbor Armenia with whom it has no diplomatic relations but whose foreign minister Eduard Nalbandian attended the inauguration of Erdogan.

Previously European affairs minister, Cavusoglu, 46, was one of the founder members of the Islamic-rooted Justice and Development Party (AKP) that has ruled Turkey since 2002.

Cavusoglu became a member of the cabinet for the first time in December when Erdogan removed a number of ministers who were implicated in a vast government corruption scandal.

In an interview with pro-government Sabah daily last month, Cavusoglu reaffirmed Erdogan’s vows to change the current constitution – seen as an unwanted inheritance of military rule.

He said it was the biggest obstacle to boosting Turkey’s democratic standards and hopes of entering the European Union.

“There is a new Turkey and the new constitution is our priority in this new era,” Cavusoglu said.

Educated in Ankara, New York and the London School of Economics (LSE), Cavusoglu served from 2010-2012 as president of the parliamentary assembly of the Council of Europe, the first Turk to hold the post.

A fluent speaker of English, German, and Japanese, Cavusoglu (pronounced Cha-vush-oh-loo) hails from the Mediterranean city of Antalya. His official Twitter account is @MevlutCavusoglu.

Like most AKP members, Cavusoglu is a practicing Muslim who attends Friday prayers each week.

His wife Hulya is a civil servant with whom he studied at LSE.

They have a 19-year-old daughter. – Rappler.com