MANILA, Philippines – The year 2012 marks the kickoff of the tourism department’s newest campaign, which aims to boost the tourism industry and lure 10 million tourists into the Philippines by 2016. Freshly appointed Tourism Secretary Ramon “Mon” Jimenez is heading the much-awaited campaign, which is centered on one fundamental idea: social media.

In a private sit-down conversation with Rappler, Jimenez enthusiastically outlines the creative, revolutionary campaign that relies heavily on online platforms and the ownership of Filipinos.

“This is not your usual campaign that we launch with a toast and firecrackers. This is, in a very real sense, the people’s campaign,” says Jimenez.

In a bold move, the Department of Tourism (DOT) trades in traditional forms that past campaigns have used — such as television commercials — for a more modern, more interactive approach. 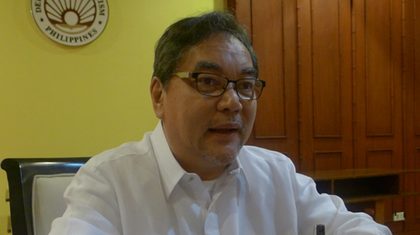 Jimenez acknowledges that using social media as the primary medium for the campaign gives the DOT less control – and gives more to the people.

But that is exactly what he wants.

The campaign appeals to Filipinos to promote the Philippines themselves, to interpret the campaign’s logo and official line however they see fit, then share it through the internet and their social networks.

It is meant to function as a meme. The decision to crowd-source came easily to Jimenez who believes it is natural for Filipinos to share their thoughts and ideas with one another and come together for a cause, citing the People Power Revolution as an example.

“Social networking was born in EDSA,” he says. “You don’t have to convince a Filipino… we have an almost instinctive trust in that system. Crowd-sourcing is, historically in fact, something we bumped into long before the rest of the world did.”

Given his trust in the influence of a crowd, Jimenez knows that the first people he needs to persuade to be on his side are Filipinos.

“People must believe they are worth a visit from the world,” he says.

And what better way to move the internet-loving Philippines, a nation with one of the largest social footprints in the world, than through social media?

Jimenez boasts 35 years of experience in advertising, which he says, taught him to think openly and creatively. He shares that the day he realized the power of social media was the day he “met the core of the 21st century.”

“I spent 25 years getting good at media that is irrelevant today. That was a very painful time,” he says with a smile.

Today, he is a firm believer of a medium that traditionalists are frightened to even explore. “Social media is the medium and everything else is closely becoming the subset of it,” he says. “Nothing appears on television that the social media or the world haven’t already sanctioned as something we want to see.”

The strategy also works within the DOT’s modest budget.

While he has much faith in the impact of online platforms, Jimenez admits he is taking a risk. He calls the campaign the most major social media project he has ever undertaken, but remains confident that the people will use the power they have for good.

“The Filipino has a naturally, genuinely positive vibe — it will flow in that direction,” he says.

Late last year, Jimenez asked eight different advertising agencies to propose a campaign for the DOT. Among the agencies, he says BBDO best captured the answer to the question he posed: Why the Philippines?

The answer proposed by BBDO will be the line of DOT’s campaign, a line Jimenez says, he hopes people will take ownership of, the line he hopes all Filipinos will use when asked that question.

He proudly tells Rappler about the new campaign line, a line that as he promised, does not rhyme or is instantly catchy – but is simple, colloquial, flexible and intuitive.

He then gives examples of how Filipinos can play around with it and channel their creativity into doing their part in promoting the country, rattling ideas off the top of his head. “It is really designed for people to take control of it,” he says.

Jimenez says the line was tested in key markets even before proposing it to the President, to make sure it was effective, and that it had no negative associations that they may have overlooked.

The new line and logo will be released publicly on Friday. – Rappler.com