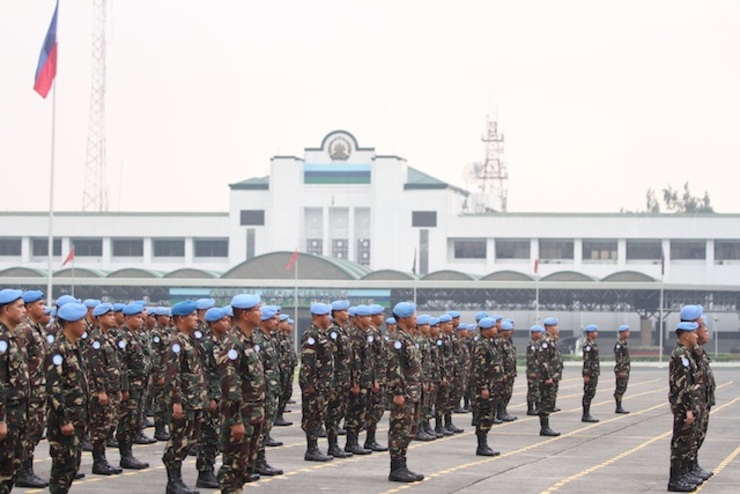 MANILA, Philippines – With less than 4 months to go before Pope Francis makes his first visit to the Philippines, the Armed Forces of the Philippines (AFP) is dedicating two battalion-sized units to add to the security detail of the Roman Catholic leader.

The 7th and 8th Philippine contingent to the Golan Heights of the AFP’s Peacekeeping Operations Center will form part of the security for the Pope during his visit, according to Philippine military chief General Gregorio Catapang Jr.

The two units are currently on standby status since the Philippines suspended deployment to United Nations (UN) peacekeeping operations in the Golan Heights in Syria.

In a statement, the AFP said the two units will be put under the operational control of the Philippine National Police (PNP), which will lead overall security for the papal visit.

“We believe that their exposure and experience in peacekeeping operations in Syria will be beneficial towards the successful security of Pope Francis’s papal visit to the Philippines,” the AFP said.

The Pope will visit the Philippines from January 15 to 19, 2015. Included in his itinerary are meetings with the victims of the Bohol earthquake and Super Typhoon Yolanda in the Visayas.

Earlier, Malacañang gave assurances that the Argentine pope will be safe when he visits the Philippines, in light of threats from terrorist group Islamic State of Iraq and Syria (ISIS).

The Filipino peacekeepers returned to the Philippines last September 19, after escalating violence in the Golan Heights forced the UN Disengagement Observer Force (UNDOF) to move all its peacekeepers from the Syrian side to the Israeli side.

The order to send them home comes amid the controversy involving the Filipino troops’ defiance of an order issued by their UNDOF commander. (READ: Inside Filipino troops’ ‘greatest escape’ in Golan) – Rappler.com