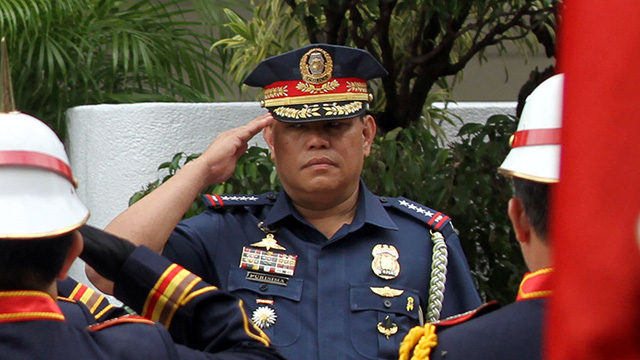 MANILA, Philippines – With his job as the country’s top cop, and with two declared businesses as of 2013, Philippine National Police (PNP) chief Director General Alan Purisima has a net worth of P6.56 million ($145,520)*.

Based on the PNP chief’s latest Statement of Assets, Liabilities and Net Worth (SALN), Purisima and his wife, Ma. Ramona Lydia Purisima, have combined assets amounting to P17.26 million ($382,794).

He has been in hot water lately over allegations of corruption. 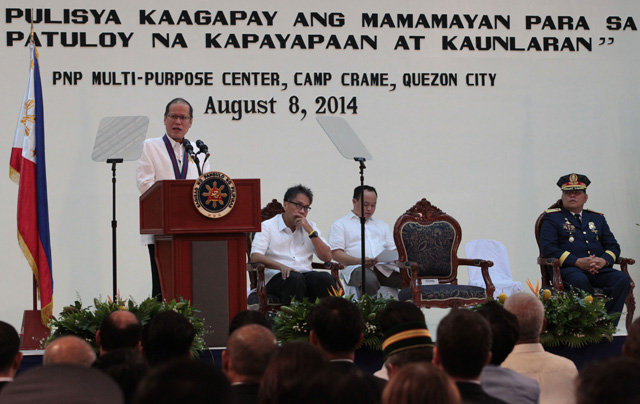 Purisima has yet to address the allegations against him, but is due to attend a Senate committee on public order and dangerous drugs hearing on Tuesday, September 30. Purisima was chided by Senator Grace Poe two weeks ago over his non-appearance during the committee’s last hearing.

Despite the controversies surrounding Purisima, President Benigno Aquino III has been quick to defend his favorite cop.

Purisima was part of the group tasked to protect Aquino in his youth, back when his mother, the late Corazon Aquino, was president.

Interior and Local Government Secretary Manuel Roxas II, meanwhile, distanced himself from the issue and said only Purisima would be able to answer the allegations against him. Roxas oversees the PNP as DILG chief.

To date, Purisima has 3 plunder complaints filed against him before the Ombudsman over the following:

Two “political operators” came forward last week to defend the embattled PNP chief, saying politics was behind the allegations against him. (READ: Politician behind campaign against Purisima?)

Appointed in December 2012, Purisima is not due to retire until November 2015.

Over P4.04 million of Purisima’s assets comes in the form of real properties: 4 houses and lots in Caloocan City and San Leonardo, Nueva Ecjica; a lot in San Idelfonso, Ilocus Sur; and a condominium unit in Cubao, Quezon City.

Complainants in the 2nd plunder case against him, however, insist the property is worth much more.

The rest of Purisima’s real properties are as follows:

Purisima and his wife have 4 vehicles to their name: A P1.4-million Toyota Hilux, a P1.3-million Hyundai Starex, a P1.5-million Toyota Land Cruiser, a P900,000 Toyota Innova, and an “Alp hard” or a Toyola Alphard, which costs P3.2 million.

The rest of his personal properties include P2.25 million in bank deposits from 1986 to 2013, books acquired from 1982 to 2013, furniture and appliances, jewelry, and heavy equipment.

Purisima’s wife is listed as the treasury examiner of the Mutual Benefits Association, Incorporated, based at the Armed Forces of the Philippines headquarters in Camp Emilio Aguinaldo.

Two businesses are under the couple’s names: Aliakbar Hauling Trucking and Services and Ealraj Corporation, which was incorporated by Purisima, his wife, and their 4 sons. – Rappler.com