Facebook Twitter Copy URL
Copied
(UPDATED) A COA official reads the report verbatim, after senators assure him that he will not face legal questions for revealing the report to the Senate Blue Ribbon sub-committee

Alexander Juliano read, verbatim, the COA report, “Initial Evaluation: Red Flags,” at the Senate hearing. He cited 6 red flags in the infrastructure project that was built in 5 phases but won by only one company – Hilmarc’s Construction Incorporated.

1. The project was implemented with undue haste as there were no construction plans yet when it was bid out and awarded to Hilmarc’s

2. The variances between the ABC (approved budget for the contract) and the bids tendered by Hilmarc’s for the 5 phases were less than a fourth of 1% of the ABC

3. There was no valid ABC for Phase III when the City started the procurement process

4. Per COA inspection report dated July 7, 2011 for Phase III, the Parking building was already habitable and ready for use

The report shows that the city of Makati disbursed an aggreggate amount of P2,367,679,633.95  ($52.9 million*) as of December 31, 2013 for the construction of its Makati City Hall Parking Building 2. (Details of the contracts may be seen in an earlier Rappler story: Red flags in Makati City infra projects)

COA Commissioner Heidi Mendoza was also present in the Senate hearing to discuss loopholes in the procurement process.

“While the swiftness of the action taken by the city government may be considered as efficiency, the same could be considered as a red flag because this project with such a huge budget will surely require a careful conceptualization and planning,” Juliano said, reading from the report.

The necessary plans were not in place before the project was awarded. “It appears that when the Parking Building project was awarded to Hilmarc’s Construction Corporation on January 11, 2008, there were no completed plans yet as the Contract Document Services to be rendered by MANA was only 20% completed as of 31 March 2008,” the report said.

The COA report also questioned why the city opted for a negotiated contract instead of the regular public bidding.

Juliano said it was “improper” because the necessary conditions to allow a negotiated contract were not present such as two failed biddings, emergency cases, take-over of contracts, adjacent or contiguous projects, agency-to-agency, highly technical consultants, and defense cooperation agreement.

The initial COA report also noted the “very minimal variance” between the approved budget of the contract and the bid amounts tendered by Hilmarc’s.

The COA report noted that the building was already “habitable and ready for use” after Phase 3 of the project was completed. “It is highly questionable why the City had to disburse an aggreggate amount of P793,740,601.96 for Phases IV and V,” the report said.

Hilmarc’s may have also incurred “unnecessary expenditures” for the mobilization and demobilization of Phases II and V amounting to P14,490,856.24.

Juliano read the report verbatim. He earlier hesitated to open the COA report but the senators assured him he will not face legal questions for revealing the report to the sub-committee. Senator Aquilino Pimentel III sought to secure a copy of the COA report.

Prior to his testimony, the counsel of the Binays, Claro Certeza, pushed for the suspension of the Senate probe citing a manifestation calling on the Senate Blue Ribbon Committee to rule on the jurisdictional question they raised against the sub-committee. (READ: Makati probe: Binay Jr asks Guingona to overturn subcommittee)

While Juliano was reading the COA report before the sub-committee, Certeza held a press conference in a separate room inside the Senate building to discuss the jurisdictional issue.

The secretary-general of Binay’s United Nationalist Alliance (UNA) also later told Senate reporters the Senate hearing was a “rogue” hearing because the issue had not been settled. 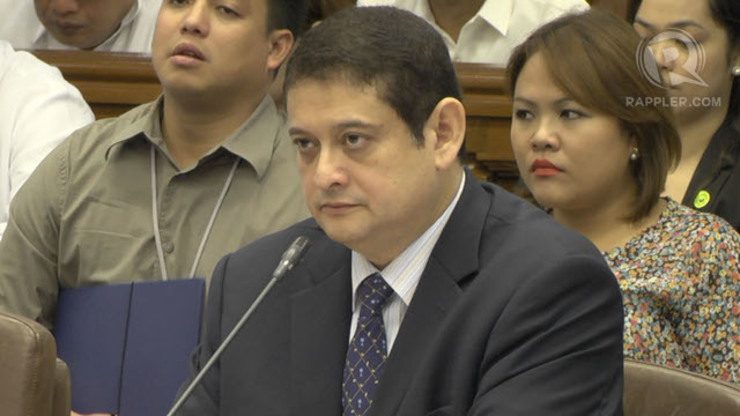 Guingona, who is in Mindanao, is expected to decide on the jurisdiction issue next week. (READ: Makati probe: Binay Jr asks Guingona to overturn sub-committee) – Rappler.com