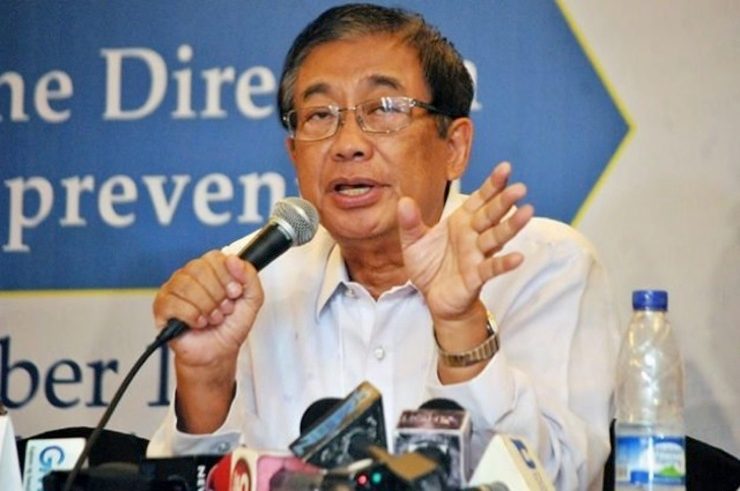 Facebook Twitter Copy URL
Copied
Even without an official announcement from the health department, about a dozen health workers have volunteered to be sent to West Africa

MANILA, Philippines – The Philippine government is set to decide next week whether it will send health workers to West African countries affected by the Ebola virus.

“Probably within the week, we will have some decision on that,” Health Secretary Enrique Ona said on Friday, October 10, during the National Ebola Virus Disease Summit.

The United Nations called for a 20-fold increase in the world’s response to the Ebola epidemic, which has killed nearly 3,900 people in West Africa since the beginning of the year.

The Philippines is expected to decide after President Benigno Aquino III meets key officials to discuss the specific requests of the US and UK, Ona added.

Should the country decide to send health workers, Ona said it should be voluntary, and the assistance must be under an international organization like the World Health Organization (WHO).

“Without making any announcement, we have already more than two dozen volunteers because that is the mindset of the health worker,” he said, clarifying the call is for “all types of health workers.”

He said it is also a very important for the Philippines to have workers with direct experience, and not just head knowledge, in responding to the fatal disease. Those who will volunteer will be given incentives in terms of protection and compensation, he added.

The health department is making sure the country’s preparations for Ebola is “more extensive than when it was during SARS (Severe Acute Respiratory Syndrome).” (READ: Ona: Philippines ready for Ebola)

WHO Western Pacific Regional Office (WPRO) director Shin Young-soo said while there is no guarantee Ebola will not enter the region, the Western Pacific is “ready to respond very strongly.”

Shin said the Philippines was in a unique position of having “so many qualified health workers” and wanting to express its gratitude for the global rescue and rehabilitation effort after it was struck by Super Typhoon Yolanda (international codename Haiyan) last year.

“No country or region has a perfect system, so we have to look at the region as a whole…we should not leave any country out,” she added.

Ona said it is a global responsibility to prevent the spread of Ebola. (READ: Global Ebola response ‘slower than the disease’: S.Leone leader)

Other Asia-Pacific countries have also offered support including medics from China, financial support commitments from Australia and South Korea, and laboratory experts from Japan, Shin added.

Aside from the inter-agency task force for emerging infectious diseases that was created last May, the Research Institute for Tropical Medicine (RITM) was designated as the National Referral Center for Emerging and Re-emerging Infectious Diseases.

To date, the health department said RITM already tested 18 samples suspected with Ebola, but all tested negative. – with reports from Agence France-Presse/Rappler.com