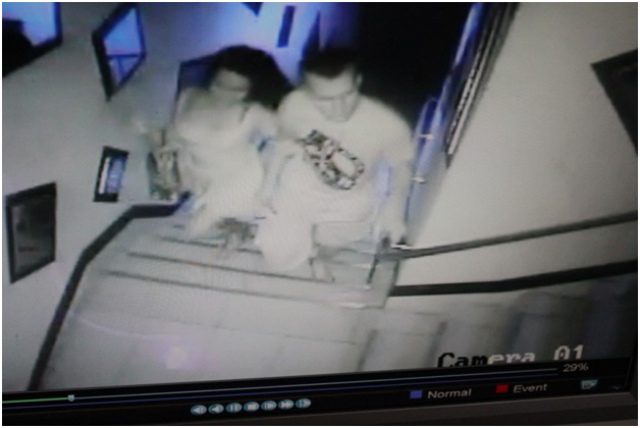 MANILA, Philippines – Malacañang vowed there would be no whitewash in the investigation on the killing of a transgender Filipino in Olongapo City.

On Tuesday, October 14, Communications Secretary Sonny Coloma said it is important for the government to solve the crime and find justice “in the killing of a Filipino citizen.” He also ensured the investigation would be transparent, and laws would be followed.

“The detailed processes outlined in the VFA (Visiting Forces Agreement) – which have the ultimate goal to serve justice when crimes are committed – will be followed,” Coloma said.

He added, “The VFA contains specific provisions on the legal processes to ensure that justice will prevail. The Philippine government is firmly committed to attain this objective.”

Coloma also said Undersecretary Eduardo Oban of the VFA Commission had already given assurances that the United States and Philippine governments “have agreed on the importance of a thorough investigation.”

He also said that President Benigno Aquino III himself is “serious” about ther resolution of the case and has been in constant contact with Foreign Affairs Secretary Albert del Rosario.

The VFA, an agreement between the two governments, allows the rotation of US troops in the Philipines including the entry and movement of US assets.

On October 11, 26-year-old Jennifer Laude was discovered dead, naked and leaning against the toilet bowl in a room of a lodging house in Olongapo City. Laude was last seen with suspect and American officer, Private First Class Joseph Scott Pemberton. Police are readying a case of murder against Pemberton.

Activists have again expressed concern over the constitutionality of the VFA and over possible whitewash, after a previous case wherein US Marine Daniel Smith was convicted of raping “Nicole,” a Filipina woman in Subic. Smith was taken custody by the US Embassy in Manila after he was sentenced to 40 years by a Makati Regional Trial Court. Smith flew back to the United States after he was acquitted 3 years later by the Court of Appeals.

But Coloma defended the VFA, arguing that the crime must not discourage the country “from its determination to build a National Defense that is in the interest of all Filipinos.”

“The government stands by the view that [the VFA] is an integral part of the Philippines’ national defense framework; and if there are particular incidents like this wherein our laws are broken, there will also be particular provisions on how to resolve these incidents,” he said.

The VFA has been declared constitutional by the Supreme Court.

Under the VFA, the United States have custody of suspects that are members of the US forces, although it is the laws of the Philippines that will be followed. The VFA states that under extraordinary circumstances, the Philippines could request for custody of the suspect, something Coloma said the government could later decide on.

The developments on the case come on the same day both sides are set to discuss the expanded agreement to allow United States military presence in the Philippines under the two countries’ controversial Enhanced Defense Cooperation Agreement (EDCA). The High Court has yet to decided on the constitutionality of the EDCA, which critics protest is lopsided in favor of the Americans. – Rappler.com