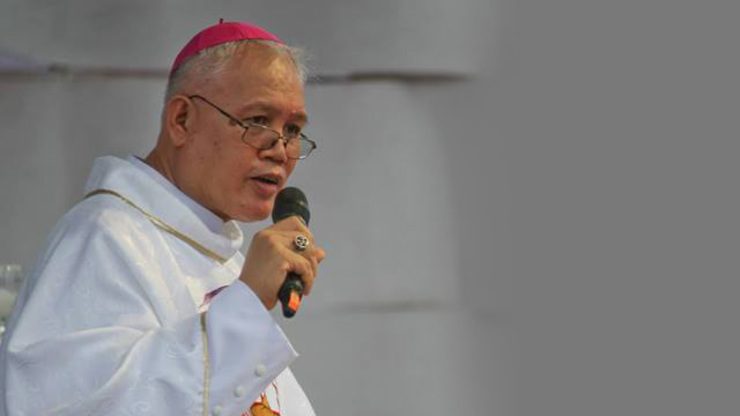 MANILA, Philippines – An Iligan bishop called for justice, not condemnation, for the 26-year-old transgender woman, Jennifer Laude, allegedly killed by an American serviceman.

“We are asking for justice. We do not condemn,” Iligan Bishop Elenito R. Galido said in an interview with Church-run Radyo Veritas. “We do not judge or anything. We are seeking justice.”

The Chair of the Catholic Bishops’ Conference of the Philippines (CBCP)’s Episcopal Commission on Culture (ECC) asserted there is no point in judging the victim based on his or her sexual orientation. According to him, it is important that justice be served immediately.

“Killing a person is a crime whether the victim is transgender or not. We do not discriminate. It’s clear enough there is a crime we have to seek justice for,” Galido said.

Meanwhile, Manila Auxiliary Bishop Broderick S. Pabillo said the government should use its power and make sure that foreigners in the Philippines respect the rights of Filipinos.

“The government must deal strictly with transgressors,” he said. “It must run after and punish criminals, regardless of their nationality or economic status.”

Laude was found dead on October 11 at the Celzone Lodge in Olongapo City with her head leaning on a toilet bowl. Her lower body was found “partially covered with a color cream blanket.”

She was last seen with Private First Class Joseph Scott Pemberton of the US Marines, according to witnesses.

The Olongapo police, in an investigation, concluded that what happened to Laude was a “crime of hatred.” (READ: Killing of Jennifer Laude a ‘hate crime’ -police report) – Rappler.com