Oct 22, 2014 9:05 AM PHT
Carmela Fonbuena
Facebook Twitter Copy URL
Copied
(UPDATED) Both the Philippines and the US agree on his detention at Camp Aguinaldo. They will share custody of Private First Class Joseph Scott Pemberton, says the AFP chief. 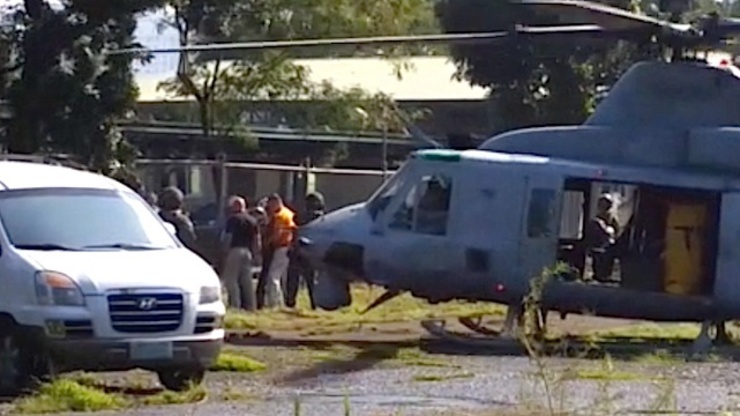 MANILA, Philippines (5th UPDATE) – US Marine Private First Class Joseph Scott Pemberton is now detained in an airconditioned 20-footer van inside Camp Aguinaldo, the general headquarters of the Philippine military in Quezon City. He will be kept there for the duration of the preliminary probe into the murder complaint against him.

“At around 845 am today the Armed Forces of the Philippines (AFP) received Private First Class Joseph Scott Pemberton from the US authorities. Accompanied by US and Philippine officials, he was airlifted by an aircraft from his temporary detention facility onboard USS Peleliu that is docked in Subic,” AFP chief General Gregorio Catapang Jr announced Wednesday morning, October 22. 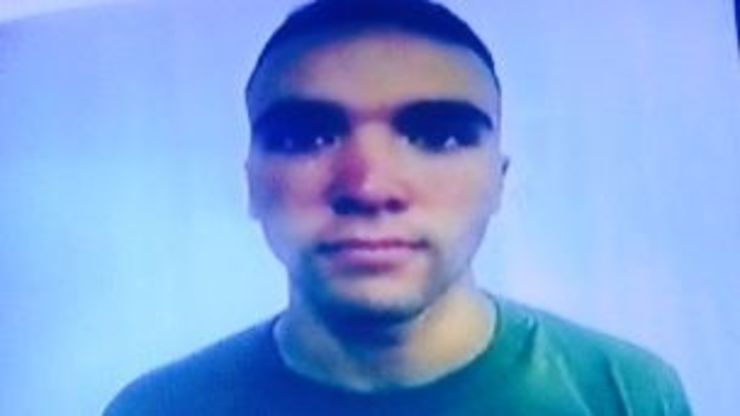 Pemberton arrived via a chopper at the Joint US Military Assistance Group (Jusmag) compound inside Camp Aguinaldo.

The 20-footer van is a facility of the Mutual Defense Board-Security Engagement Board. The facility has been there since 2000. He will be sleeping in a military type cotbed.

“The court will decide on the appropriate detention facility once a case has been filed against the accused,” added Catapang.

Catapang Jr said Pemberton will be under the “joint” custody of Filipino and American soldiers.

But both the Philippine and US governments later clarified that the legal custody remains with the US – a sensitive issue to many Filipinos. (READ: Despite transfer, US retains custody of Marine)

“The personnel of the US Marine Custodial Unit will post guards inside his detention cell while the military police personnel of the Armed Forces of the Philippines will secure the outside perimeters of the facility,” Catapang said.

The US serviceman is accused of killing Filipino transgender woman Jennifer Laude on October 11 in Olongapo City. The city prosecutor held its preliminary hearing on the case on Tuesday, October 22, which Pemberton skipped.

Pemberton was in US custody at the USS Peleliu, one of two military ships that brought American troops to the former Subic naval base for joint military exercises with the Philippines a couple of weeks ago.

He is the first American soldier to be detained in Camp Aguinaldo in recent history.

“The US government is sensitive to our feelings. They want to show they respect our justice system,” Catapang told a press conference. He explained that the decision to detain him in the facility was “mutually agreed by both countries” through the embassies.

In 2006, after US Marine Lance Corporal Daniel Smith was charged with raping a Filipina, he was detained inside the US Embassy all throughout the trial at the Makati Regional Trial Court.

The US refused to turn over custody of Smith even after the Makati court convicted him of rape. The Court of Appeals would later acquit him following a letter from his accuser “Nicole” recanting her allegations.

Both Pemberton and Smith were on a furlough when they committed the alleged crime. Pemberton joined the Philippine-US Amphibious Landing Exercises while Smith participated in the annual Balikatan exercises. Both are regular training exercises between the Philippine and US militaries.

Smith’s case was the litmus test of the Visiting Forces Agreement (VFA), which is criticized for being lopsided in favor of the Americans. A Senate committee on Wednesday is expected to discuss its provisions again in the wake of the Laude murder.

The VFA provides that Philippine courts will have jurisdiction over erring US troops, but the custody will remain with the US until the completion of the judicial proceedings. But the agreement also allows the Philippine government to ask for custody in “extraordinary cases,” which the Department of Foreign Affairs expressed in the case of Pemberton.

The detention facility has to be agreed on by the two countries, however. (READ: PH wants custody over Marine in Olongapo slay) – Rappler.com