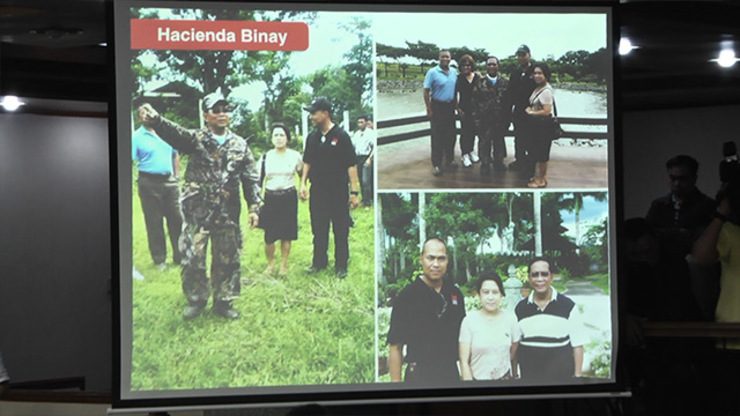 MANILA, Philippines – Just as the Senate Blue Ribbon subcommittee hearing on an allegedly overpriced Makati building was about to wrap up, Senator Alan Peter Cayetano showed photos from inside “Hacienda Binay“on Wednesday, October 22. 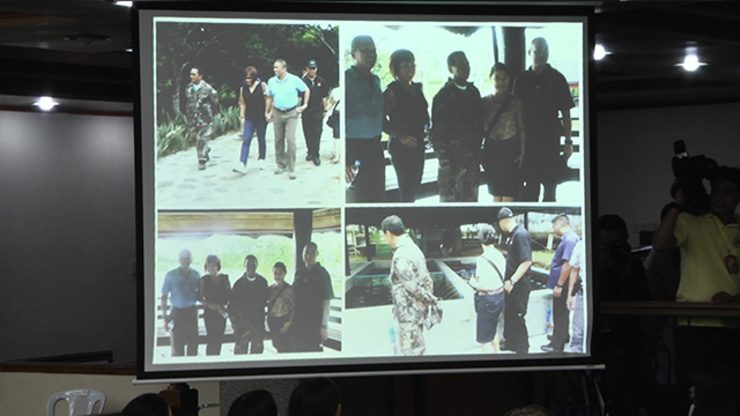 The property in question, a 350-hectare estate in Rosario, Batangas, is alleged to be owned by the Binays through dummies. Binay has denied the accusations.

Businessman Antonio Tiu has claimed ownership of a 150-hectare parcel of the property, through his business Sunchamp Real Estate and Development Corp. Whistle-blowers in the probe, however, allege Tiu is only a dummy of Binay’s and that his family has been a huge donor to Binay’s campaign.

While Tiu admitted that he donated campaign funds to Binay in 2010 he stressed he is not a dummy of the vice president. 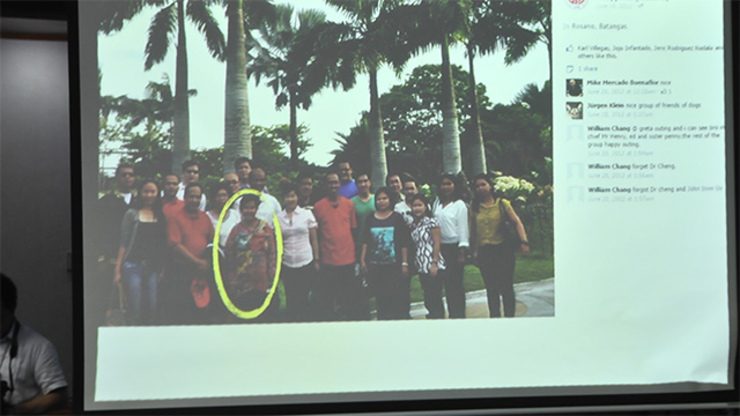 Part of the property in Batangas, is a piggery which was once owned by the vice president. Binay, however, divested from the business when he won as vice president in 2010, according to his spokesmen.

Cayetano is not convinced. “Did the Binays continue to visit the property even after he divested?” the senator asked.

The vice president himself, wearing military fatigues, was shown in the photos with farm guests.

Bautista insisted that the photos mean nothing. “None of these pictures you’ve shown constitutes as evidence,” said the UNA secretary-general. But photos have proved to be damning in the past. Several senators who are allies of Binay were implicated in the pork barrel scam after photos of them socializing with alleged pork barrel scam mastermind Janet Lim Napoles were exposed. (READ: Napoles parties with Estrada, Sandiganbayan justice)

But Bautista said: “Pictures will not show ownership. [The Binays] are not acting like owners.”

“So what if they’re always there?” Bautista shot back.

The Senate ended its probe into the Makati contracts on Wednesday. Binay branded the Senate subcommittee a “kangaroo court” that has prejudged him. He has snubbed its invitations to attend hearings. – Rappler.com