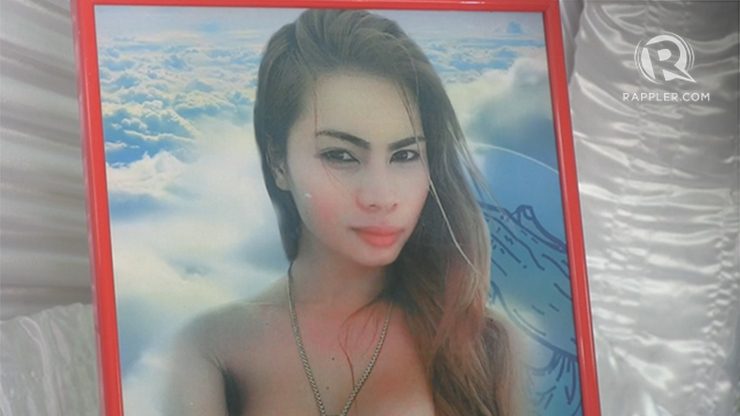 MANILA, Philippines – President Benigno Aquino III will not be attending the wake of transgender woman Jeffrey “Jennifer” Laude, who was allegedly killed by a US Marine visiting the country.

Aquino explained his reasons for not attending on Wednesday, October 22, even when Vice President Jejomar Binay had already made a stop. Binay is eyeing the 2016 presidency when Aquino steps down.

The President’s reason, it turns out, is personal.

“In general, I don’t attend wakes of people I don’t know. I find it – and I’m speaking for myself – I’m uncomfortable in trying to condole with people who don’t know me,” he said.

“It’s like how can I say that I really sympathize with their loss and have some relevant discussion with them on trying to assuage their loss at that point in time?”

Aquino said he felt that attending a wake of a person he doesn’t know would only take away from the grieving family.

“As a general rule, I attend wakes wherein there are some connections… I don’t want to be a burden but rather I want to help them at their time of grief,” he said.

Aquino’s views are contrary to those of Binay, who has, at one point, boasted about attending over “60,000” wakes in Makati City alone where he was mayor.

Laude was allegedly killed by Private First Class Joseph Scott Pemberton, who is in the country under the Philippines-United States Visiting Forces Agreement (VFA), a treaty that allows the rotation of US troops in the Philippines, including the entry and movement of US assets.

Activists have hit the President for not making time to attend Laude’s wake, and have voiced concerns over Pemberton receiving special treatment as an American soldier. (READ: Despite transfer, US retains custody of Marine)

Aquino has vowed to work with the US government to find justice for Laude. – Rappler.com