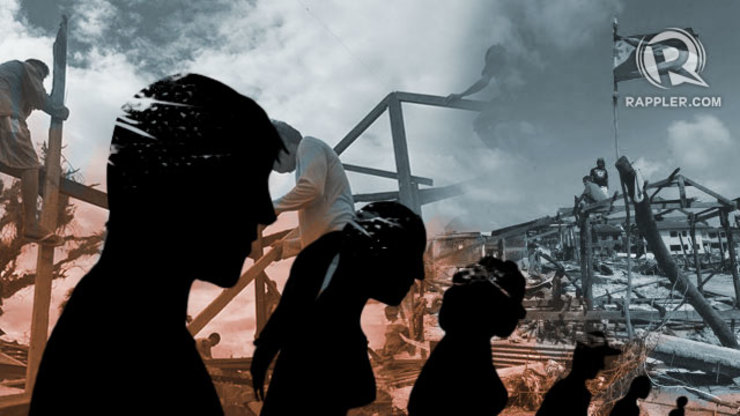 MANILA, Philippines – Bayanihan is a term that’s all too familiar to Filipinos in times of disaster: in the face of destruction, the community spirit makes the burden a bit lighter, a bit more bearable.

But in tackling mental health challenges after disasters, bayanihan is a necessity.

During the 65th session of the WHO Regional Committee for the Western Pacific in October, most countries in the region agreed there is a need for community-based interventions to solve “common” mental disorders like depression and suicide.

This is also one of the learning points after Super Typhoon Yolanda (international codename Haiyan) ravaged parts of the Visayas in November 2013.

“[There is a] potential for a very positive legacy of improved, strengthened mental health services after disasters and that is what we’re hoping will happen here as well…[that] mental health services can be reoriented so they are focused on treating people in the community and not in institutions,” Julie Hall of the World Health Organization (WHO) told Rappler.

Hall also said many of the in-patient facilities in the country are overcrowded, with conditions that make patients even more vulnerable than they already are.

Since 98% of people with disorders can be treated at home, their communities then play a big role in making sure they reach the state of well-being. (READ: Yolanda a year after: Many still suffer grief, depression)

WHO estimated over 800,000 people in Yolanda-hit areas have suffered different mental health conditions over the past year, with 80,000 requiring further medication and support.

The health department has lower estimates: 196,400 people have common mental health problems, and 19,640 could require treatment.

Over the past year, WHO and other non-government organizations have been training municipal health officers and barangay health workers in these communities to detect severe mental health issues.

“The idea should be that health personnel should be promoting mental health and not just looking for the mentally ill,” said Dr Elizabeth Santos, a team member of the World Association for Psychosocial Rehabilitation’s (WAPR) mental health project in Marabut, Samar.

Marabut is a 5th class municipality and a coastal community with a population of at least 20,000. What WAPR did starting last June was to train all local health workers to reach all 24 barangays of Marabut.

Self-help groups were also organized to address the different concerns of families, and the common needs in the community.

To date, more than 50 patients in Marabut were found to be suffering from depression, anxiety and panic, chronic psychosis, epilepsy, and mental subnormality.

WAPR Philippines president Lourdes Ignacio said they look at the interconnectedness of the individual and the community when dealing with mental health issues.

“The community will not be able to recover if the individuals within it do not participate in community mobilization and development and recovery,” she told Rappler.

In turn, Ignacio said a sense of community brings security to its members.

“The individuals will not be able to feel safe, and less anxious, and feel protected, if the community does not put in the support system.” – Rappler.com