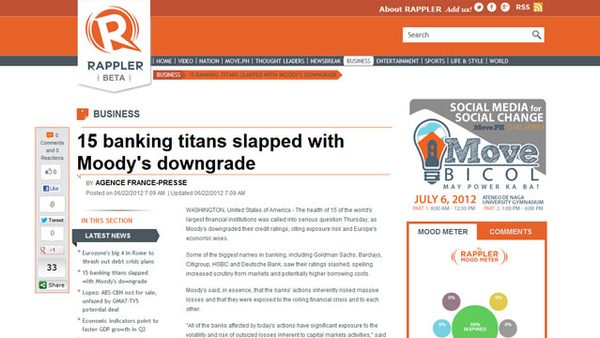 Moody’s downgraded the credit ratings of 15 of the world’s largest financial institutions, putting to question their financial health. Some of the biggest names in banking, including Goldman Sachs, Barclays, Citigroup, HSBC and Deutsche Bank, saw their ratings slashed, spelling increased scrutiny from markets and potentially higher borrowing costs. Moody’s explained that the banks’ actions inherently risked massive losses and that they were exposed to the roiling financial crisis and to each other. Credit Suisse faced the largest downgrade, with its rating slashed three levels from Aa1 to A1.