Tacloban mayor to nat’l govt: Build back better for us 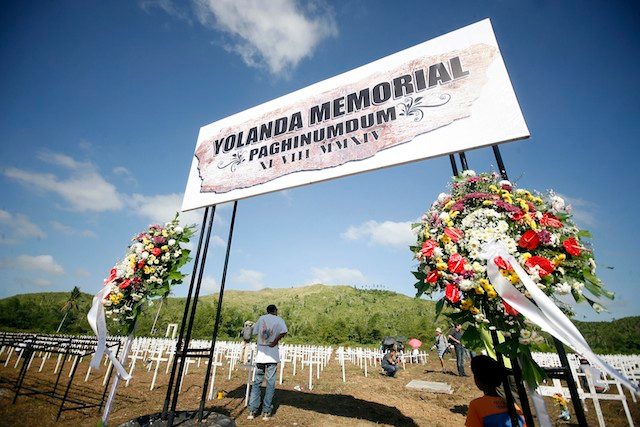 TACLOBAN CITY, Philippines – A year after a most devastating storm swept over his city, Tacloban Mayor Alfred Romualdez remains unconvinced that the national government is doing enough to help them.

At the sidelines of the commemoration of Yolanda’s (Haiyan) first anniversary, on Saturday, November 8, Romualdez said that the biggest challenge that Tacloban faces is converting resources – in apparent reference to the rehabilitation and recovery funds committed by the national government – into reality.

“It’s been all talk and announcements so far. People are really tired and they want to see something happening,” he said.

The mayor added:  “We have announcements that this plan is approved, or that plan is approved. But I don’t know what’s going on in the national government and it’s difficult to explain it to the people.”

He questioned the message behind “building back better,” the motto of the Aquino administration that encapsulates its vision for Tacloban City and other Yolanda-wrecked areas.

He observed that the government is always talking about the growth of the national economy, and yet unemployment remains a big problem. In Tacloban alone, after Yolanda, nearly more than half of local businesses went down, leaving many residents jobless.

Romualdez acknowledged that many people are frustrated, and he could only hope that it would not lead to anything else. “They have to let off that steam. I hope they don’t get restless, but it’s getting to that point.”

The mayor, however, is mum about the decision of President Benigno Aquino III to commemorate the tragedy in Guiuan, Eastern Samar, a day ahead, and not in Tacloban which recorded the greatest number of casualties and destruction. The mayor, who had traded barbs with national government officials over response and relief issues in the aftermath of the typhoon, indicated that Aquino’s absence was expected.

“I wasn’t really banking on anything. The focus of today is on the people,” he said.

On Friday, the President insisted that his decision to skip Tacloban on Saturday had no political color. (READ: Aquino slams critics of Yolanda rehab)

The mayor stressed that today’s commemorative activities aim to ensure that the next generation would remember Yolanda.

“We have to keep passing this information to the next generation, so we can always prepare. Today is their day. We’ll make it a point to always look back every year,” he said.

Romualdez said that a lot of construction is being done in his city, but housing is still a problem.

“You can only do so much based on what we have. But we just try our best and see what we can do. That’s where we are right now. I’m running the city, I have services to provide to people using those resources. It’s a really difficult balancing act to do,” he added. “There’s no such thing as a 40 meter no-build zone or danger zone, it doesn’t address the issue of safety. There are places 100 meters away, but are still unsafe. That’s the wrong measure,” Romualdez argued.

He added, “When they came out with that law, it was very confusing because it was meant for accessibility, not for addressing safety issues.”

The mayor promised not to remove or relocate anyone unless transitional or permanent shelters are in place. He said that both the local and national governments should provide the shelters.

“The local government alone cannot provide all of it. We don’t have enough resources for that big damage,” he said.

Romualdez emphasized that the government’s resources belong to the people.

“We, as elected officials, we just sit there because we have the mandate and we have been given the trust and confidence of  the people to manage the resources. Now the people are saying that we should manage their resources properly. They want us to give them houses. Buildings and roads, those come after,” he said.

He called on the government to listen and address to the issues raised by the people themselves.

When asked about the growing frustration among his constituents over the Aquino administration’s slow progress in bringing them back on their feet, Romualdez said:  “People have been through a lot, they have right to express themselves. Let’s give them some slack.” 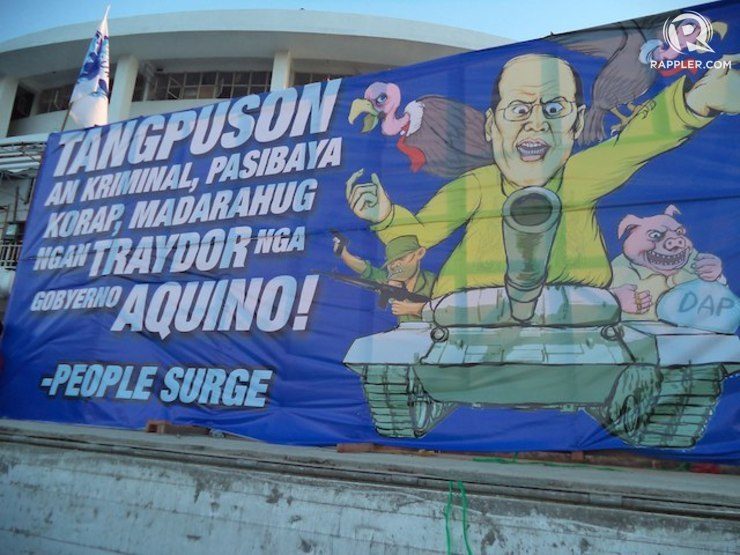 On the eve of Yolanda’s anniversary, a protest was held in front of the Tacloban City Convention Center, calling for Aquino’s resignation. Apart from slow recovery efforts, other issues were raised such as the pork barrel scam and the Disbursement Acceleration Program.

“There are issues that came out, that’s why people feel this way. First of all, why don’t we ask why it took the national government 5 months before we received any kind of financial support?”

He noted that other LGUs got financial support immediately after – and even before – disasters.

Although a year has passed, Romualdez’s memory of what happened post-Yolanda appeared to be still fresh in his mind.

The mayor recalled that some critics claimed that Tacloban was not as prepared as other LGUs; he then reminded the public that it was only Tacloban that had two Cabinet secretaries “before, during, and after” Yolanda.

“So what does that say?” he asked.

Romualdez felt that while there are so many issues surrounding Yolanda,  the real focus should be on helping the people.

“Let’s address the other issues later. Today, let’s focus on the people.” – Rappler.com