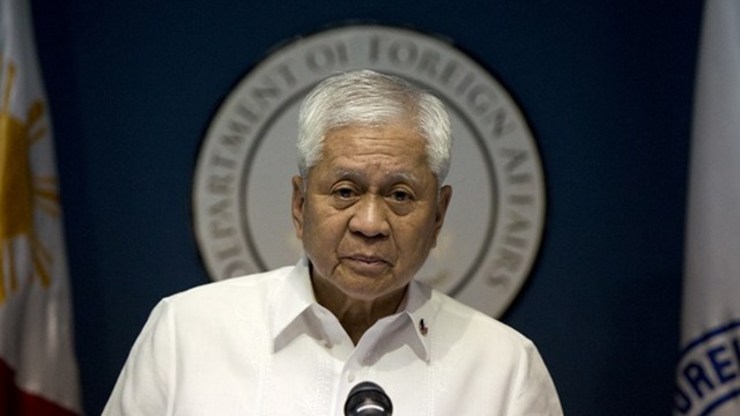 MANILA, Philippines (UPDATED) – China accused the Philippines of violating and abusing international law by filing a legal case it rejected on technical grounds.

The Ministry of Foreign Affairs (MFA) of the People’s Republic of China released on Sunday, December 7, a position paper explaining why China is rejecting the Philippines’ arbitration case on the South China Sea. China said that The Hague-based international arbitral tribunal lacks jurisdiction or the power to decide the case.

China released the paper a week before the December 15 deadline set for it to respond to the pleading that the Philippines filed last March 30. Yet Beijing clarified that its position paper should not be considered a “counter-memorial” because it continues to reject the case.

Beijing argued that the case is primarily about territorial sovereignty, which is beyond the scope of the 1982 United Nations Convention on the Law of the Sea (UNCLOS). The Philippines and China are both parties to the treaty.

Turning the tables on the Philippines, Beijing said Manila violated the law by resorting to arbitration.

“China has never accepted any compulsory procedures for the relevant disputes. It follows that the unilateral initiation of compulsory arbitration by the Philippines is a clear abuse of the compulsory procedures provided for in the Convention. Such a practice is and should be frowned upon internationally,” said Xu Hong, Director-General of the Department of Treaty and Law of China’s MFA in an interview with state-run Xinhua News Agency.

Contrary to the Philippines’ claims, China said it is Manila’s activities in the South China Sea that undermine international law. The Philippines calls the parts of the sea that it claims the West Philippine Sea.

“The Philippines’ activities mentioned above have violated the Charter of the United Nations and international law, and seriously encroached upon China’s territorial sovereignty and maritime rights and interests.”

In contrast, the Philippines said that the arbitration case concerns a maritime dispute, not a territorial row. It is asking the tribunal to declare maritime features in the sea as “rocks,” not islands.

Under UNCLOS, rocks do no generate an entitlement of more than 12 miles while islands or land entitle a state to a 200-nautical-mile Exclusive Economic Zone (EEZ) within which it can exploit resources like fish, oil, and gas.

The Philippines asked the tribunal to declare that China illegally exploited the resources in its EEZ, and occupied the features there. It also asked the arbitrators to require Beijing to stop these “unlawful activities.”

Still, China said that asking the court to rule on whether the features are islands or rocks touches on territorial sovereignty issues.

“To decide upon any of the Philippines’ claims, the Arbitral Tribunal would inevitably have to determine, directly or indirectly, the issue of territorial sovereignty over both the maritime features in question and other maritime features in the South China Sea,” the paper said.

The Philippine Department of Foreign Affairs (DFA) said it “takes note” of China’s official position and the points raised in the paper.

“The Philippine position on these [is] stated in the Memorial [we] submitted to the Tribunal last March,” said DFA Spokesperson Charles Jose on Monday, December 8.

The Philippines has yet to make public its memorial or pleading.

China claims almost the entire South China Sea, believed to hold vast deposits of oil and gas, and some of the world’s busiest shipping lanes. Vietnam, Malaysia, Brunei and Taiwan also claim parts of the sea.

The Philippines initiated arbitration as a “last resort” in 2013. It is expecting a ruling by the first quarter of 2016.

Silent on merits of case

While its position paper on jurisdiction was a lengthy 28 pages, China was silent on the merits or the “substantive issues” of the case. The tribunal will decide based on both jurisdiction and merits.

“Given China’s decision not to accept or participate in the arbitration, the Position Paper of the Chinese Government only expounds on its view that the Arbitral Tribunal has no jurisdiction over this case,” said Xu Hong.

The Philippine case focuses on China’s controversial 9-dash line, which it asked the tribunal to declare as inconsistent with UNCLOS. Philippine officials and legal scholars say Manila is strong on the merits of the case because the 9-dash line is legally indefensible.

Yet China’s position paper focused on detailing why the Philippine case is weak on jurisdiction.

The paper stated that the Philippines’ claims involve maritime delimitation, an exception that China specified when it ratified the UNCLOS.

China also argued that international law allows it to choose any means to settle disputes. Its preference has always been direct bilateral negotiations, where it can assert its economic and political might.

China reiterated that by pursuing arbitration, the Philippines went against the “common wish” of China and the Association of Southeast Asian Nations (ASEAN) to craft a legally binding Code of Conduct in the South China Sea.

“Its underlying goal is not, as the Philippines has proclaimed, to seek peaceful settlement of the South China Sea issue, but rather, by resorting to arbitration, to put political pressure on China, so as to deny China’s lawful rights in the South China….This is certainly unacceptable to China.”

The Philippines has maintained that arbitration is a separate means of settling the dispute, and does not jeopardize negotiations on the Code.

The paper is just the latest move of China to respond to the Philippines’ case publicly, instead of participating in the formal proceedings. It has defended its position through a media blitz, legal forums, and legal journals.

“Some people have questioned China’s position of not accepting or participating in the arbitration. Some others…have made one-sided and misleading readings of international rules and, on that basis, made accusations or insinuations that China does not abide by international law, and perversely branded China as a ‘challenger’ to international rules.”

China maintained that the Philippine case will not change its policy toward the disputed sea.

“The unilateral initiation of the present arbitration by the Philippines will not change the history and fact of China’s sovereignty over the South China Sea Islands and the adjacent waters; nor will it shake China’s resolve and determination to safeguard its sovereignty and relevant maritime rights and interests.” – Rappler.com