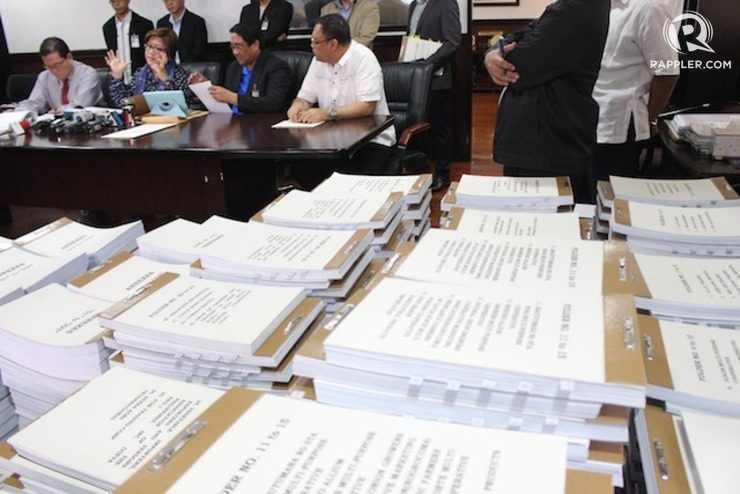 MANILA, Philippines – The National Bureau of Investigation (NBI) on Wednesday, January 7, filed criminal complaints before the Office of the Ombudsman against 119 government officials and importers allegedly involved in a cartel that caused garlic prices to surge by up to 100% in June 2014.

The charges were filed a month after President Benigno Aquino III ordered the Department of Justice to build a case against individuals who colluded in manipulating garlic prices.

Among those who face charges for violating the Anti-Graft and Corrupt Practices Act are officials of the Bureau of Plant Industry (BPI), the Department of Agriculture and garlic importers, including:

In a 32-page report completed in September 2014, the NBI found that Cruz was able to corner at least 75% of all garlic imports in the country by taking advantage of loopholes in the system. (DOJ: ‘Garlic cartel’ behind price spike, DA officials probed)

In the Philippines, about 73% of garlic supplies come from imports while the remaining 27% are sourced locally.

Further investigation showed that BPI officials connived with Vieva Philippines to give the group undue advantage in the market.

The NBI found that the BPI seldom gave permits to importers who were not members of Vieva Philippines and denied applications to non-Vieva affiliates without sufficient reasons.