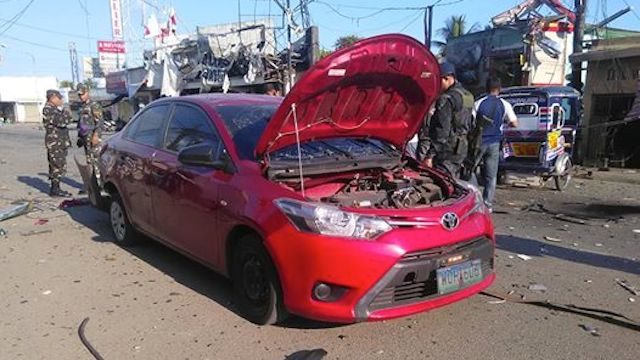 Facebook Twitter Copy URL
Copied
(UPDATED) Most of the victims are owners or drivers of the vehicles parked near the exploding car and passersby who were going to and from a nearby terminal
MANILA, Philippines (4th Update) – At least one was killed and 48 were wounded after a car exploded at the parking lot of a disco bar in Zamboanga City Friday afternoon, January 23, the police and the military confirmed.
“An explosion occurred at Fantasy Bar fronting the Guiwan Bus Terminal in Barangay Guiwan, Zamboanga City,” according to a police situation report.
The Twitter account of the Zamboanga City government  identified the fatality as barangay Talabaan resident Reynaldo Tan, 39.

The bomb exploded in a red car, according to Captain Rowena Muyuela of the military’s Zamboanga-based Western Mindanao Command.
Eyewitnesses said after the car exploded, the nearby vehicles were set on fire. 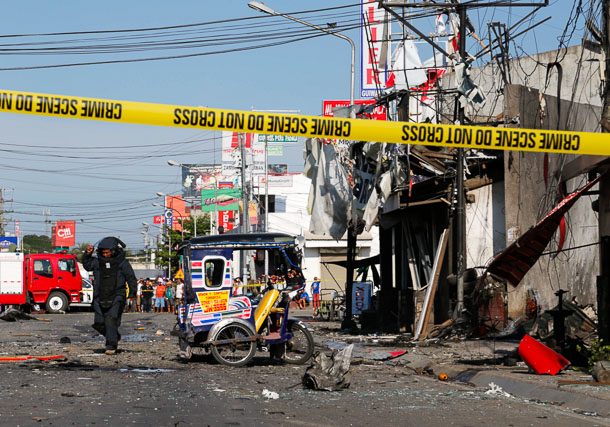 Most of the victims were owners or drivers of the vehicles at the parking lot and of tricycles parked nearby. Since the site is near a terminal, some passersby were also wounded.

The victims were brought to the Zamboanga Peninsula Medical Hospital, said Muyuela.

The military’s Task Group Zamboanga is now in the area to investigate.