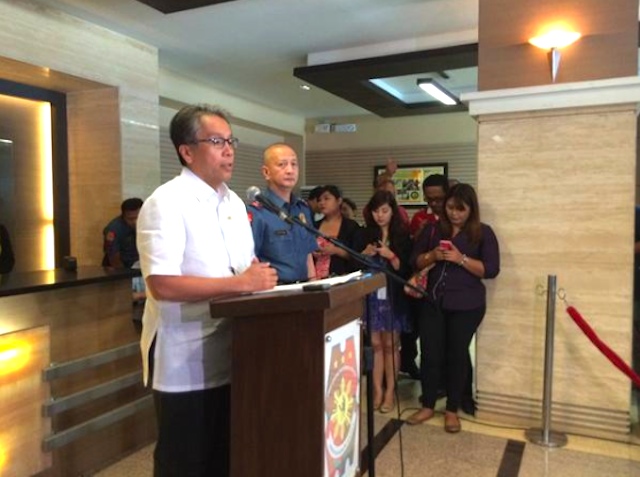 MANILA, Philippines (UPDATED) – The commander of the Philippine National Police Special Action Force (PNP-SAF) has been administratively relieved pending an investigation into a “misencounter”  that resulted in the death of 44 policemen in Maguindanao.

Interior Secretary Manuel Roxas II made the announcement at a news briefing in Camp Crame on Tuesday, January 27.

Roxas said Police Director Getulio Napeñas Jr has been recalled to the PNP headquarters in Camp Crame while the PNP investigates the circumstances surrounding the incident.

Both Roxas and PNP OIC Deputy Director General Leonardo Espina said they were not made aware of the PNP SAF operation. “The PNP command group did not know,” said Roxas.

Marwan was reportedly killed during the ensuing firefight, although Roxas emphasized these were only preliminary reports since no body has been recovered.

The “high possibility” of Marwan’s death came at a high price for the PNP. Roxas confirmed 44 SAF personnel died, 12 were injured, while 336 are accounted for.

Top police generals led by Directorate for Integrated Police Operations (DIPO) Western Mindanao head Police Director Edgardo Ingking will form the “Board of Inquiry” to find out if there were any operational lapses in the Maguindanao “misencounter.”

The Board of Inquiry will check, among other things, possible operational lapses.

Amid calls to abandon the peace process, the Catholic Bishops’ Conference of the Philippines (CBCP) called for sobriety and said the incident shouldn’t stop the peace process that aims to end a 4-decade-old secessionist movement.