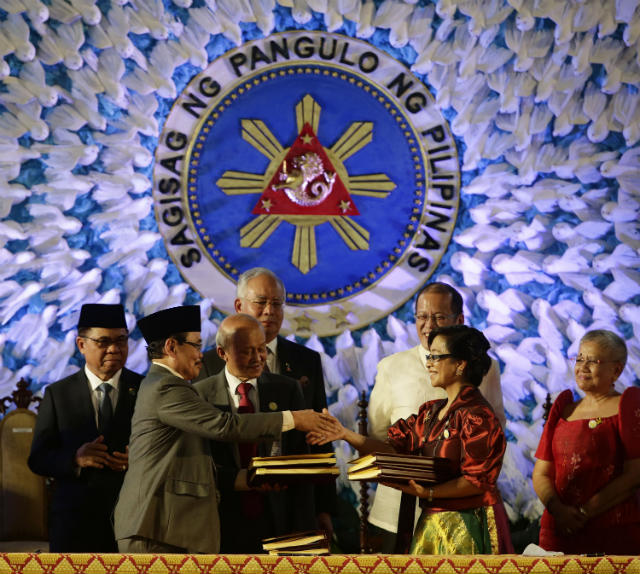 MANILA, Philippines – Conducting a probe into the clash in Mamasapano, Maguindanao, that killed close to 50 elite cops is great, but more concrete action is needed.

While Aquino commended the MILF’s initial move to probe into the incident, Aquino said further action is expected from the group as soon as possible.

Fielding questions from reporters after his speech, Aquino said he expects two things:

“I am very very confident that they are studying exactly how they will demonstrate their sincrerity in this peace process,” Aquino said.

Despite growing sentiment in Congress against the peace process, Aquino stood firm in his position that the government will continue to push for the passage of the proposed Bangsamoro Basic Law in Congress. (READ: Marcos blasts ‘gag order’ on SAF-MILF clash)

(If the passage of the law in the soonest possible time fails, the peace process will fail and the status quo remains. If that is the case, what can we expect but the same results: people who will lose hope and take tothe mountains, people who will suffer injustice and choose to do harm to others. It’s like we’re helping Marwan and Usman reach their aims.)

Read the full text of the President’s speech in Filipino and English.  – Rappler.com