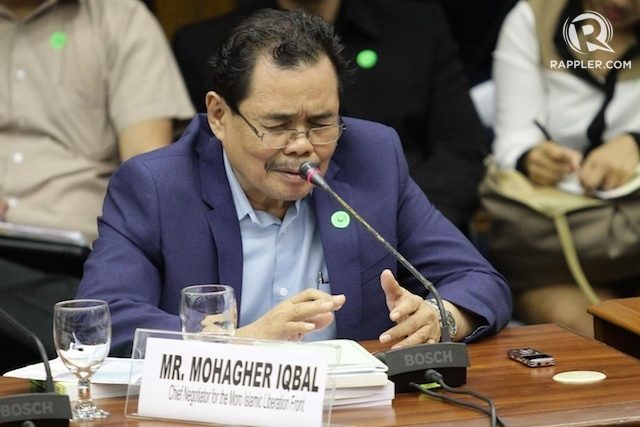 MILF’s chief peace negotiator Mohagher Iqbal finally made an appearance after skipping the first two Senate hearings on Monday and Tuesday, and the House of Representatives’ hearing on Wednesday.

Senator Miriam Defensor Santiago, who also attended the hearings for the first time, unleashed her wrath on resigned police chief Alan Purisima for supervising a police operation even if he was already suspended. She also told resource persons there’s no such word as “misencounter” in the dictionary.

Iqbal was castigated for the MILF’s armed struggle by Senator Alan Peter Cayetano, who tried to establish an alleged link between the group and terrorism. Autonomous Region in Muslim Mindanao (ARMM) Governor Mujiv Hataman responded to Cayetano’s terrorist tagging as he held back tears.

Santiago said President Benigno Aquino III and the 3 police officials who briefed him on January 9, 2015, on “Oplan Exodus” are responsible for the casualties in the bloody encounter.

Below is the transcript of the February 12 hearing.

Below are stories from the February 12 Senate hearing on the Mamasapano clash: