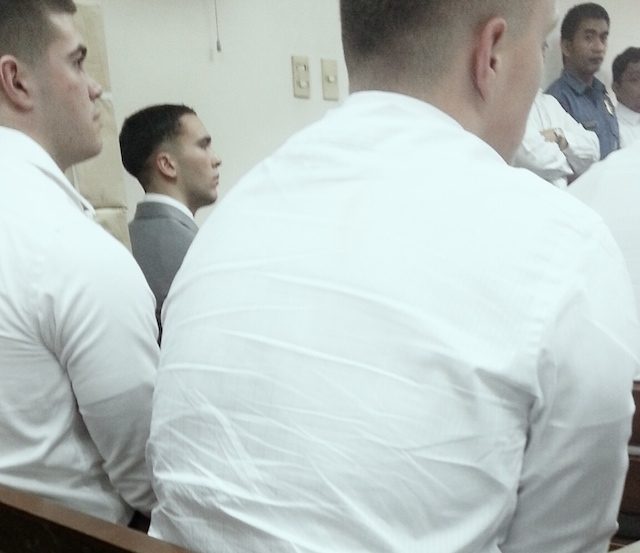 MANILA, Philippines – With finality, Justice Secretary Leila de Lima junked the appeal of US visiting soldier Joseph Scott Pemberton to overturn the finding of probable cause against him for the crime of murder.

Pemberton is accused in the brutal slay of transgender woman Jennifer Laude at a cheap hotel in Olongapo City, north of Manila, close to midnight on October 11.

Pemberton had appealed the DOJ’s January 27 dismissal of his plea to downgrade his crime from murder to homicide.

The earlier DOJ resolution affirmed the findings of the Olongapo prosecutor’s office that there is sufficient proof to indict the American of murder, given witnesses’ testimonies and forensic evidence.

But Pemberton challenged anew last February 9 the prosecutor’s findings for allegedly violating his right to due process.

In his motion for reconsideration, Pemberton told the DOJ, additional evidence he was unable to counter during the preliminary hearing in Olongapo was used in green-lighting his trial.

His now-resolved petition before the DOJ in Manila prompted the local court then to suspend hearing his case. He has yet to enter a plea.

His emotionally charged case reignited calls to junk a Philippine-US military deal that allows US drills in the Philippines, including the one that brought him here.

Since his surrender to court, the Massachusetts native has remained detained in a Philippine military camp but with US guards.

Pemberton is under joint custody of the Philippines and the US despite an appeal from the former to have him under its sole custody.

She added that “the extent of Laude’s injuries clearly indicate that respondent abused his superior strength when he killed Laude.”

The DOJ stressed in the January 27 resolution that Pemberton employed treachery, given his “cruelty” and “abuse of superior strength” in Laude’s murder.

His manner of attack made the transgender woman who was “choked from behind” unable to retaliate, the DOJ resolved.

Medical findings said Laude’s death was caused by asphyxiation due to drowning and strangulation.

Her lifeless body was slumped in the Olongapo hotel room’s toilet minutes after witnesses saw her with Pemberton, along with Laude’s friend Barbie – also a transgender woman – and hotel staff.

Discussions surrounding the case also shed light on deep-seated prejudices against members of the lesbian, gay, bisexual, transgender, and queer community in the predominantly Catholic nation of 100 million.

Chief Justice Maria Lourdes Sereno earlier said she foresees the murder case reaching the SC. “I believe there is a distinct possibility that, that case will be before us in the future,” she said. – Rappler.com