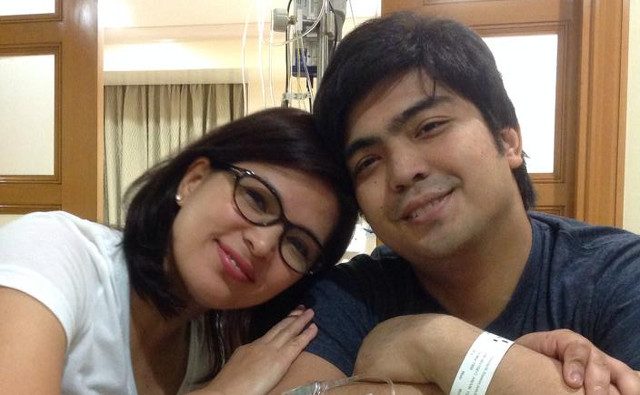 MANILA, Philippines – Cavite Vice Governor Jolo Revilla was discharged from the hospital on the evening of Sunday, March 8.

Revilla family lawyer Raymond Fortun confirmed to Rappler that Revilla was discharged around 7 pm that day from Asian Hospital and Medical Center after being confined due to a self-inflicted gunshot wound on February 28.

He will spend the next few weeks recovering in the home of his mother, Cavite congresswoman Lani Mercado Revilla.

“He will be recuperating and under the care of his mom at the latter’s house in Alabang,” said Fortun.

It will take around 3 to 4 weeks before Revilla can make a full recovery, and when he can report back to work, added Fortun.

Aside from his wound, Revilla has weakened lungs after doctors drained half a liter of blood from his lungs.

Revilla got a visit from his father, Senator Ramon “Bong” Revilla Jr 3 days after he was confined. The anti-graft court Sandiganbayan granted special permission for the elder Revilla to leave his detention cell for a few hours. He is currently detained in Camp Crame over plunder and graft charges in connection with the pork barrel scam.

The Revilla family maintains that the vice governor’s gunshot wound was due to an accident. – Rappler.com