Aquino has no liability in Mamasapano – Roxas 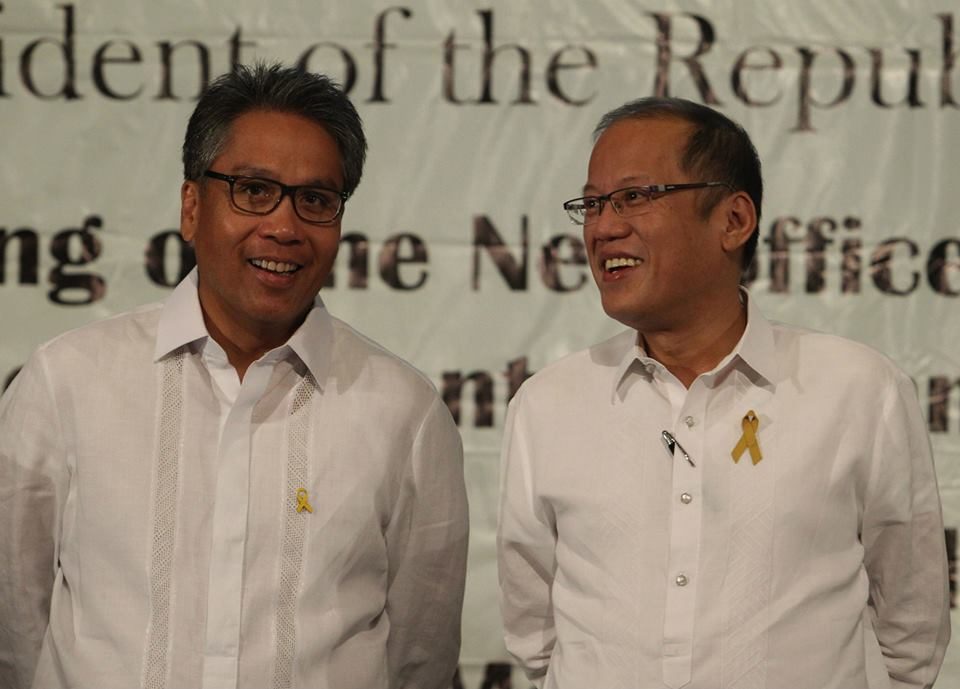 In a press conference on the results of the Philippine National Police (PNP) Board of Inquiry (BOI) that looked into the Mamasapano tragedy, Roxas said that resigned PNP chief Director General Alan Purisima should be held primarily liable for it.

“After I read the final report….na-confirm ang aking pag-iisip na ang may pangunahing pananagutan dito sa pagkamatay ng 44 SAAF ay ang suspendidong director general Alan Purisima,” Roxas said. (The report confirmed my belief that the one who is primarily responsible for the deaths of the 44 SAF commandos is resigned Director General Alan Purisima.)

The BOI concluded that Purisima acted without authority when he continued to deal with then SAF commander Director Getulio Napeñas up to the day of the operation, January 25, when he was already serving a suspension order issued against him in December 2014.

He and Napeñas, along with PNP Intelligence Group head Senior Superintendent Fernando Mendez, briefed the President about “Oplan Exodus” on January 9.

The President’s involvement, which he himself detailed in a speech denouncing Napeñas, sparked calls for him to take responsibility for what happened and created the worst crisis for his administration. (READ: What I wish Aquino said as president)

It also triggered the resignation of an ally, Walden Bello, from the party list Akbayan, which is part of the ruling coalition.

The President’s public statements on the incident also raised questions on whether or not he was being truthful. (READ: Aquino’s contradictions on Mamasapano)

But on Friday, Roxas insisted the President did no wrong. “He has no liability,” he said when asked by a reporter about the President’s possible liability over the tragedy.

“It’s not the job of the President to check on his deputies to ask them if they followed his orders,” Roxas said in Filipino.

This contradicts the BOI report, which said the President “bypassed” the chain of command in the Mamasapano operation. (Read the full BOI report here)

Roxas recalled that Aquino “gave guidance to [Purisima and Napeñas] to coordinate with AFP (Armed Forces of the Philippines). Because it’s AFP that has the artillery, the armor,” Roxas said.

But the two generals refused to heed this order, Roxas added, citing statements made by the two – under oath at the Senate – that they decided to keep PNP officer-in-charge Deputy Director General Leonardo Espina out of the loop and for the military to be informed only “time on target,” or when the troops had already entered Mamasapano. (READ: Napeñas assured troops of artillery, had no ‘abort’ option)

Aquino approved “Oplan Exodus” even before Purisima was suspended, he added.

But when “the President recognized that Purisima was suspended, he ordered Purisima to inform OIC Espina. Purisima did not heed the order of the President. [It’s clear] the President took steps to correct the situation by ordering Espina to be told,” Roxas said in a mix of English and Filipino.

The BOI report, however, makes no mention of the President giving these instructions to Purisima or Espina.

He noted that “in all of the operations [against Marwan and Usman], Purisima “was on top of it until sometime in December” when he was suspended over graft charges, Roxas said. “Thereafter the President ordered him to inform OIC Espina, which didn’t happen.”

Roxas however did not say why the President continued to meet with Purisima in January and coordinate with him during the crucial hours of the operation that left Roxas out of the loop.

Aquino and Roxas both belong to the ruling Liberal Party (LP). Roxas is the presumptive LP bet in the 2016 presidential elections.

The President earlier blamed Napeñas – not his friend Purisima – for the Mamasapano tragedy. He was forced to let go of Purisima in the aftermath of Mamasapano. – with reports from Bea Cupin/Rappler.com