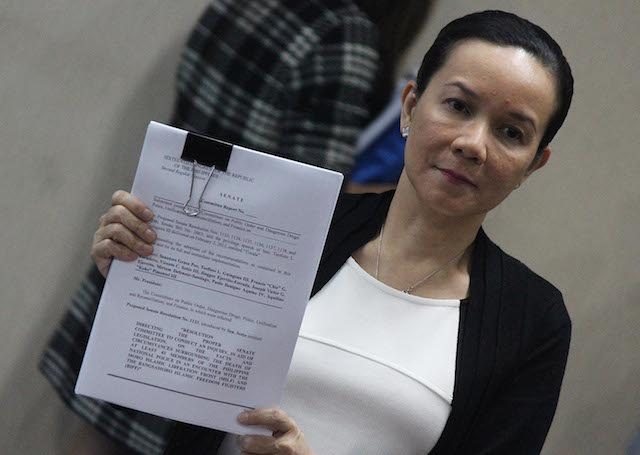 MANILA, Philippines –  (UPDATED) The Senate panel that probed the Mamasapano incident released its findings and recommendations contained in a 129-page draft report on Tuesday, March 17.

The Joint Committee Report was drafted by the Senate committee on public order and dangerous drugs with the committees on peace, unification and reconciliation, and finance.

In the 12-page executive summary of the report report released by Senator Grace Poe, chairperson of the Senate committee on public order and dangerous drugs, the Senate panel said that President Benigno Aquino III “must bear the responsibility” for the botched operation.

The draft report is based on testimonies given under oath by 37 resource persons who attended the 5 public hearings and 5 executive sessions, as well as documents submitted, including the police Board of Inquiry report, Aquino’s public statements, and all applicable laws.

The draft report was circulated among the committee members for signing on Tuesday afternoon.

Here is the executive summary of the report: