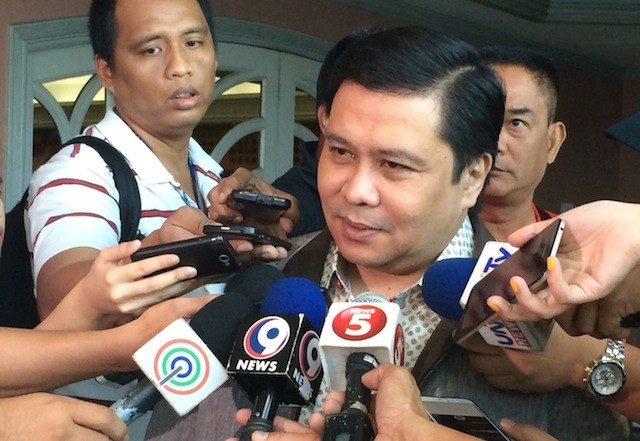 MANILA, Philippines – The Sandiganbayan Fifth Division on Monday, March 30, denied for lack of merit Senator Jinggoy Estrada’s motion for reconsideration against the freeze order on his assets.

Estrada sought to quash the order to garnish his assets by arguing against the validity of the order itself. It is one of two ways to discharge a freeze order; the other is by providing a counterbond.

On February 23, the anti-graft court ordered the garnishment of Estrada’s assets amounting to P183.79 million ($4.104 million) in connection with plunder and graft charges he is facing over the pork barrel scam.

The court found that there was enough basis to freeze the accused senator’s assets based on evidence presented by principal whistleblower Benhur Luy and the report of the Anti-Money Laundering Council.

Initial evidence showed that the accused senator received over P50 million worth of kickbacks from the illegal diversion of his discretionary Priority Development Assistance Fund, the court said in its earlier decision.

In his appeal, Estrada made the following arguments:

In its 5-page decision, the Fifth Division said the issuance of a warrant of arrest is an affirmation that there was sufficient cause of action for the case. Otherwise, the court would have dismissed the case.

On Estrada’s 2nd argument, the court said rules do not require that the concealment and removal of funds and properties be done after the case has been filed.

The law also does not say that garnishment refers only to an accountable officer, the court said. The Fifth Division also “reiterates that the instant case for plunder includes a claim for money which has been embezzled or fraudulently misapplied” for an accused’s personal use since he is a public officer.

“As movant has not filed a counterbond and as his arguments herein are unmeritorious, there is therefore no compelling reason to lift the attachment while the main case is still pending,” the court said in its resolution.

The freeze order prevents lawmakers from transferring their wealth to another source while the case is still being heard. The court is presently hearing Estrada’s bail petition for his cases. – Angela Casauay/Rappler.com