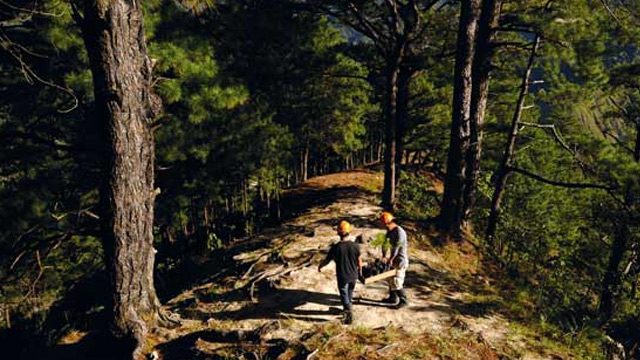 Facebook Twitter Copy URL
Copied
They account for 20% of the present workforce of Philex Mining, which projects that its Padcal mines may last for only 5 years more

BAGUIO CITY, Philippines – Instead of being retrenched, at least 447 workers of a giant mining corporation operating in Benguet have applied for voluntary retirement following the announcement of manpower reduction this year to save on operational costs.

With only about 5 years left in the projected lifespan of Philex Mining Corporation’s Padcal mines, the company has revisited its operational manual and realized that there is a need to cut down on personnel expenses.

Instead of retrenching workers, the company has offered a voluntary retirement package for those nearing 50 years of age and above, said Philex legal counsel Eduardo Aratas said.

Aratas said the 447 workers who applied for voluntary retirement accounted for 20% of the present workforce of Philex. This, he said, is part of the final closure plan that the company will have to implement in case the Padcal mines will no longer yield mineral resources.

Meantime, Aratas revealed that the company has found at least 6 villages in Tuba, Benguet, to have additional mineral resources. The company aims to extend its operating lifespan beyond 2020. These are sitios Tapsan, Sta. Fe, Allapang, and barangays Camp 1, Ansagan, and Camp 3 Proper covering the areas of Mangga, Antamok, Norte/Sur, Agpay, Mansuman, Don-oy, and Loakan.

This was based on the report of the community relations department of Philex Mining Corporation, which conducted community immersions in the areas that will be affected in the proposed exploration activity.

Clan representatives and residents have been consulted on the proposed exploration expansion, while a draft memorandum of agreement has been given to affected communities for review.

Aratas said the expansion plan will undergo due process and shall acquire the necessary permits needed before any development starts. The mining company forecasted an additional 110.9 million tons of mineral resources in its expansion sites.

This, he said, corresponds to metal content of 473 million pounds of copper and 1.342 million ounces of gold. – Rappler.com