Apr 11, 2015 1:53 PM PHT
Rappler.com
Facebook Twitter Copy URL
Copied
The country has already put in place the Education for All Acceleration Plan 2015. It will join the rest of the world in setting new education targets for 2030 during the World Education Forum in South Korea. 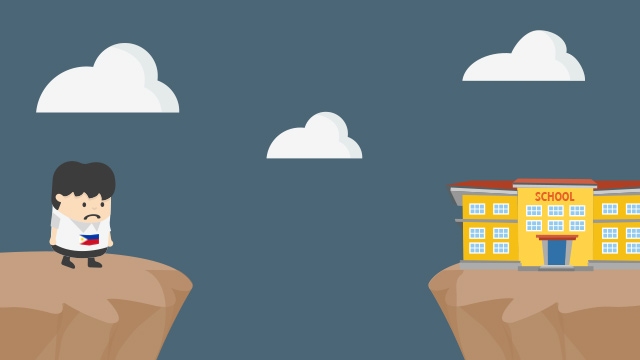 MANILA, Philippines – The Philippines may have seen progress in some indicators of the Education for All (EFA) initiative, but most of the “upward movements have been too slow to make it to target by 2015.”

The update came from the Philippines’ EFA 2015 National Review, which complements the 2015 EFA Global Monitoring Report by the United Nations Educational, Scientific and Cultural Organization (Unesco).

The latest global report says only a third of the world’s countries succeeded in their efforts to provide universal basic education – a commitment made by 164 countries during Unesco’s World Education Forum in 2000.

The 6 EFA goals are:

“Millions more children are in school than would have been had the trends of the 1990s persisted.”

But governments need to “prioritize the poorest – especially girls,” she added.

In the Philippines, the following gaps in education have been reported as of 2013:

The Philippines’ EFA report said boys are at a disadvantage in most of the EFA indicators.

“The gender pattern in the Philippines is different from the majority of developing countries where girls are at the disadvantage. In the Philippines, it is the boys who are not participating equally in basic education. They leave school before completing their basic education and have lower literacy and academic achievement rates,” the report said.

This gender disparity emerges in secondary education, but “mechanisms and policies focus largely on women and girls,” according to a Vera Files article on the global EFA report.

Inequality also persists in the country, where only 69% of grade school graduates from poor families transition to high school, compared to 94% graduates from rich families.

The Philippines also saw “little improvement” in the total percentage of fully-immunized children, according to the Vera Files report.

Poor school infrastructure and lack of maintenance remain a problem in the Philippines, with only one in 3 schools in “good physical condition – without broken windows or peeling paint.”

Based on Unesco’s database, computer resources are also “greatly overstretched,” with over 100 Filipino learners sharing one computer unit at the primary level.

And a third of pupils in the Philippines complained of “teachers’ late arrival, absenteeism, and skipping class,” which shows the required teaching times does not match actual learning time.

But the good news is that Unesco still considers the country as among those “likely to achieve some of the EFA goals in the coming years if it keeps up its efforts,” according to Vera Files.

For instance, the UN agency said the Philippines has made “strong progress” to achieve 80% gross enrollment ratio.

The Philippines has already put in place the EFA Acceleration Plan 2015, which includes provisions for a broad EFA strategy, funding, monitoring, and evaluation.

The Philippine government is also addressing other challenges to universal education such as poverty, climate change, devastating disasters, armed conflict, and threats to the safety and security of schoolchildren.

Unesco’s global report comes a month ahead of the World Education Forum in Incheon, South Korea which will set new education targets for 2030. (READ: Education for all by 2015? Not happening, says Unesco)

To meet these targets, Unesco said the international community will need an additional $22 billion, while governments must devote 15% to 20% of their national budgets to education. – with reports from Agence France-Presse and Jee Geronimo/Rappler.com

Crossing the cliff image from Shutterstock