DOH clueless on cause of ‘milk tea deaths’ 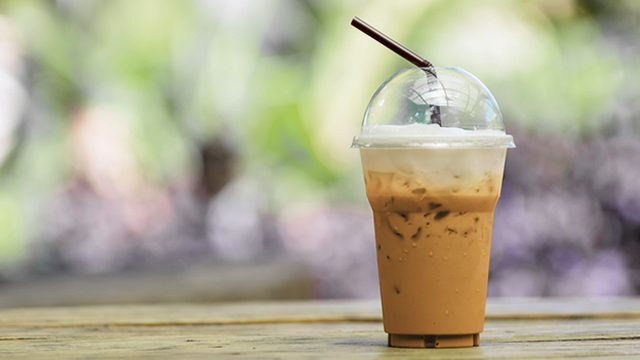 MANILA, Philippines – The Department of Health (DOH) still does not know what caused the death of two people last week from milk tea poisoning, after preliminary results of the milk tea samples tested negative for toxic substances.

But in a press conference on Monday, April 13, DOH Secretary Janette Garin said that they cannot yet rule out the presence of toxic substances pending the results of tests on blood, tissue, and gastric content samples from the victims.

Garin raised the possibility that the substances may have already been metabolized in the victims’ bodies.

“The laboratory results on the milk tea samples are negative, but we have to determine the whole clinical picture, we determine all aspects,” Garin said.

“We have expanded the tests to include biological samples such as blood, tissues, and gastric contents from the victims as collected during the autopsy,” she added.

The DOH said toxicologists from the Food and Drug Administration (FDA) tested the milk tea samples for the presence of cyanide, arsenic, nitrates, and nitrites, but initial findings showed these substances were not detected.

The samples were obtained from ErgoCha Milk Tea House in Sampaloc, Manila, where three people – including the shop owner – collapsed after drinking the milk tea last Thursday.

Two died, while the third survived and is now in stable condition.

Garin said the case appears to be an “isolated event” that pointed to “possible case of poisoning.”

“Let me emphasize that this is isolated. In fact, this is the third time the couple bought milk tea in the same food establishment. No untoward incident happened during the previous intake,” she added.

The health secretary said toxicologists will now look for the presence of cyanide, nitrites, nitrates, lead elements, oxalic acid, nitrobenzene, and organophosphate, among other substances, in the blood and tissue samples obtained from the victims.

Dr Visitacion Antonio, a toxicologist from the East Avenue Medical Center, explained that they are testing the biological samples to look for substances known to cause the symptoms shown by the victims before they died.

Maria Lourdes Santiago of the FDA said the tests will take some time to complete because of the limited samples they have to work with.

“We have a lot of substances we need to analyze…We need a sufficient amount of the [milk tea] sample, but what we have is very limited,” she said.

Garin also said that the confirmatory tests are needed because of the gap between the time the incident occurred and the time the PNP collected the samples from the milk tea store.

The health secretary said the FDA presumed that the samples submitted to them for analysis were the same ones taken from the glass the victims drank from.

“We will be relying on the PNP to give us more information regarding the circumstances,” she added.

Meanwhile, Manila police district spokesperson Superintendent Marissa Bruno said she is confident that the samples collected by the PNP came from the same batch that the victims ingested.

Bruno also told reporters that the MPD is still conducting investigation on the incident, collecting statements from witnesses and studying the store’s CCTV footage.

The Philippine Star earlier reported that Abrigo’s son is under investigation after a store helper said that the son brought a foul-smelling liquid into the kitchen the day before the incident occurred.

But Bruno said that the police have not yet identified a suspect.

On Sunday, Malacañang said the DOH is also coordinating with the Philippine National Police-Criminal Investigation and Detection Group (PNP-CIDG) and the Department of Justice-National Bureau of Investigation (DOJ-NBI) regarding the criminal investigation aspect of the case.

Meanwhile, Senator Aquilino Pimentel III called on the city government of Manila to conduct a massive sanitary inspection of food outlets in the city.

The milk tea shop has been shut down by city officials. – Rappler.com