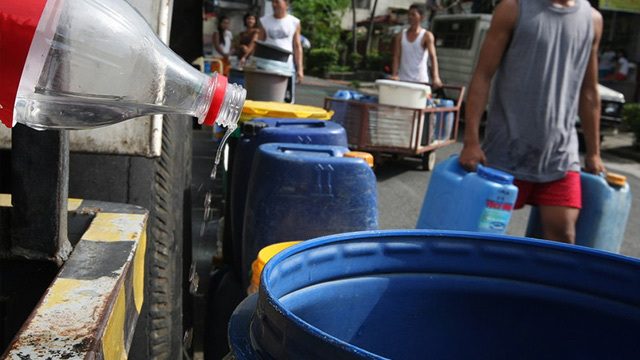 The Office of the Ombudsman on April 17, Friday, announced it found enough evidence to criminally charge in court former officials of the Local Water Utilities Administration (LWUA) and executives of 3 private financial institutions over the bank takeover.

Former LWUA administrator Prospero Pichay Jr and 6 other LWUA officials, as well as corporate executives of WELLEX Group Inc (WGI), Forum Pacific Inc (FPI), and Express Savings Bank Inc (ESBI) face indictment for 3 counts of graft, 3 counts of malversation, and violation of the General Banking Law and the Manual for Regulation of Banks.

Ombudsman Conchita Carpio-Morales said the anomalous deal “deprived the government of the opportunity to use the illegally expended funds to instead fund the agency’s lawful projects.”

Before LWUA bought ESBI, some P780 million in LWUA funds was transferred to the Laguna-based thrift bank to increase its capital stock.

The Ombudsman noted the “bank’s precarious financial standing at the time of sale” and regarded “the windfall” received by the ESBI as “unwarranted benefit, advantage or preference.”

LWUA is a state firm extending loans to local water districts for the improvement of water supply systems outside Metro Manila.

ESBI is partially owned by the Gatchalians, two members of whom are seated in Congress. The bank was bankrupt for 4 years until the LWUA takeover in 2009, the Ombudsman said, citing a private firm’s audit findings.

Pichay is also the former Surigao del Sur representative in Congress. He ran for a seat in the Senate in 2007 but lost.

Sherwin and Weslie will be charged in their private capacities as a WGI executive and an FPI executive, respectively.

WGI, FPI, and the Gatchalians own ESBI, whose owners received the P80 million during the anomalous acquisition.

All of the respondents in the criminal cases can still appeal the Ombudsman joint resolution, which is dated March 16. They have 10 days to file their respective motions for reconsideration upon notice of the resolution.

The criminal cases will be filed before the anti-graft Sandiganbayan in the absence of appeals or once the appeals are dismissed. WGI executives filed their motion last April 5.

In the Ombudsman resolution, the LWUA officials were found to have approved the ESBI takeover despite opposition from the Department of Finance (DOF) and the Office of the Solicitor-General.

They allegedly went with the takeover without the required approval of the DOF, monetary board of the Bangko Sentral ng Pilipinas, and the Office of the President.

In a statement based on their appeal, the WGI said its exectuves “never benefitted at all from the sale, as there is no proof that they personally or actually received any part of the consideration for the subject shares.”

It said its executives shouldn’t be faulted for the “LWUA Board’s apparent failure to secure prior approval for the purchase of the questioned ESBI shares.”

It added that ESBI “liquidity problems” at the time of acquisition do not translate to “unwarranted benefit,” as “the financial condition of ESBI was certainly considered” during the price-setting of the shares bought by LWUA.

“Thus, the sale of a bank with an existing license was obviously reasonable and for valuable consideration,” the executives reasoned. – Rappler.com