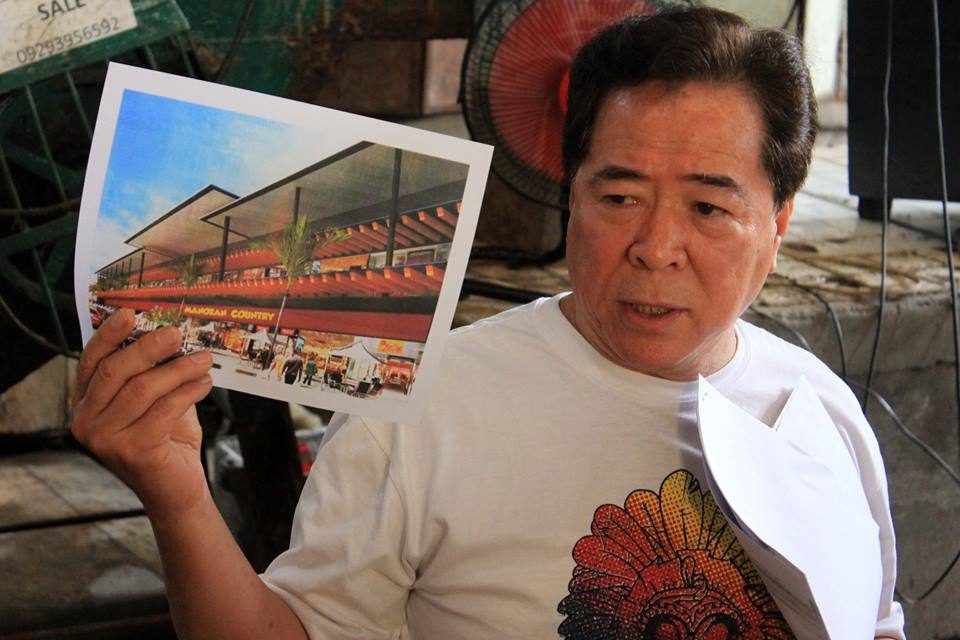 Facebook Twitter Copy URL
Copied
The plan is triggered by the interest that SM Prime Holdings signified to buy the 1.3-hectare lot that hosts the stalls selling the famous Bacolod grilled chicken

BACOLOD CITY, Philippines – Mayor Monico Puentevella is set to sell the city-owned property that hosts one of Bacolod’s landmarks, the Manokan Country, a food center that serves only the region’s famous inasal or grilled chicken.

The plan was triggered by the interest that real estate giant SM Prime Holdings Incorporated (SMPHI) showed to buy the 1.3-hectare lot at the Reclamation Area, where the Manokan Country, Vendors’ Plaza, and an old terminal stand.

Stall owners oppose the plan, and threaten to sue the city government if it pushes through with the sale. Rosario Tutor, vice president of the Manokan Country Vendors’ Association, said 200 people will lose their livelihood if the center is privatized.

SMPHI executive vice president Jeffrey Lim, in a letter to Puentevella dated March 18, 2015, said the company intends to redevelop the property into an integrated shopping complex, with a transport terminal, a hotel, and an improved Manokan Country. He said it will create jobs, directly and indirectly, for at least 500 persons.

Puentevella said he finds the SMPHI proposal favorable to the city, but clarified that the sale of the property will be subject to bidding.

He said Manokan Country will remain on site, but it will be modernized: “There’s a need to improve the facility because Manokan Country serves as show window of the city’s famous Chicken Inasal.” The inasal center, which turned 32 years old this week, is a major tourist attraction in Bacolod, the mayor said.

Puentevella said the city government has to sell the property to pay millions of pesos of debts. All but 4 of the 26 tenants at Manokan Country have not paid rents totalling P6.58 million over time.

The mayor said stall owners cannot stand in the way of the city’s progress. “The sale of the lot where the Manokan Country is located will push through….This is what political will is all about.”

Puentevella said he will have the proposal studied and that he will come up with a detailed report and recommendation within two months. The recommendation will be forwarded to the Commission on Audit for approval and then submitted to the city council for concurrence.

“The city’s plan for the Manokan Country is born out of the mayor’s frustration,” city administrator Rolando Villamor said.

He said that the city intends to use the proceeds of the sale to renovate and improve the 3 public markets here. – Rappler.com