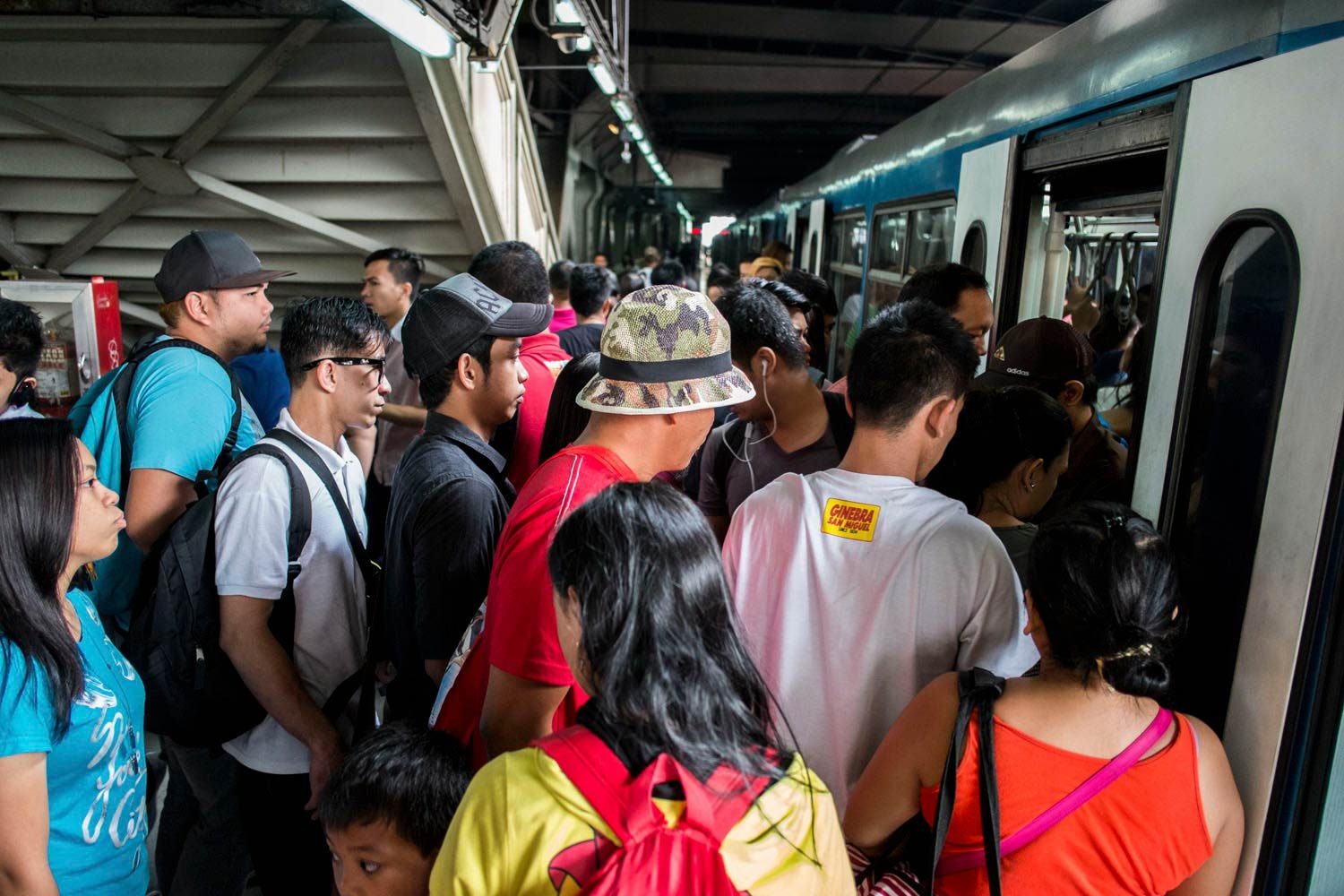 Facebook Twitter Copy URL
Copied
Only 5 trains are running as of 12 pm, down from the usual 10 to 15 trains

MANILA, Philippines (UPDATED) – Only 5 trains of the Metro Rail Transit (MRT3) were running on Tuesday afternoon, April 21, triggering long queues and angering commuters who had been lining up for hours.

MRT personnel said only 5 trains out of the usual 10 to 15 trains were running as of 12 pm, forcing the build up of passengers inside the MRT stations.

According to initial reports, passengers at the North Avenue station were told to disembark and take the next train due to a technical glitch.

Hundreds of displaced passengers were seen massed near the North Avenue Station, waiting for transportation.

As of 5 pm, 14 trains were already running, according to transportation spokesperson Michael Arthur Sagcal.

MRT3 Director for Operations Renato San Jose said 6 trains had been sent to the depot after encountering problems with the airconditioning system.

At least 10,000 passengers were affected by the limited operations.