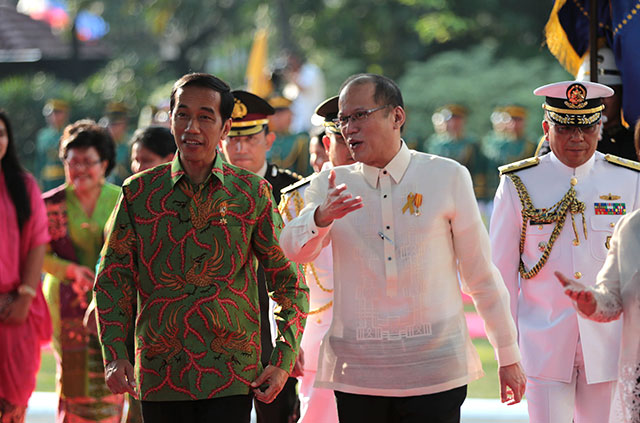 In a media briefing, Jose said the Philippine embassy in Indonesia delivered Aquino’s letter to the Indonesian government “toward the end of last week.”

The Indonesian leader, popularly known as Jokowi, has not replied to Aquino’s request. (READ: #AnimatED: Mercy isn’t inconsistent with rule of law)

Jose said this was Aquino’s third letter to the Indonesian government to save Veloso.

This was, however, the first letter he addressed to Widodo to appeal for clemency.

Aquino, who has been in power since June 2010, first wrote a letter to seek clemency for Veloso in October 2011. He addressed this to then Indonesian president Susilo Bambang Yudhoyono, who didn’t act on Aquino’s letter.

‘We can always try’

In January 2015, Aquino wrote a second letter to the Indonesian government, this time to seek a judicial review of Veloso’s case.

In an interview aired by Philippine broadcast network ABS-CBN on Monday, April 20, Widodo urged the Philippines to respect his country’s laws.

“We will practice our constitution. The law does allow for execution, and I think other countries should respect Indonesian laws,” Widodo said.

Widodo also stressed that the Philippines is free to lodge an appeal.

The Indonesian president said: “Yes, if they want to undergo a judicial review, they can go ahead. We respect the legal process. Indonesia has the rule of law.”

In a last-ditch effort to save Veloso, Philippine Vice President Jejomar Binay also said he plans to meet with Widodo when the Philippine leader visits Indonesia on Wednesday, April 22.

“I intend to bring to His Excellency our people’s hope for compassion, given the circumstances surrounding the case,” Binay said.

Asked if a meeting between Binay and Widodo can help Veloso, Jose said, “We can always try.” – Rappler.com