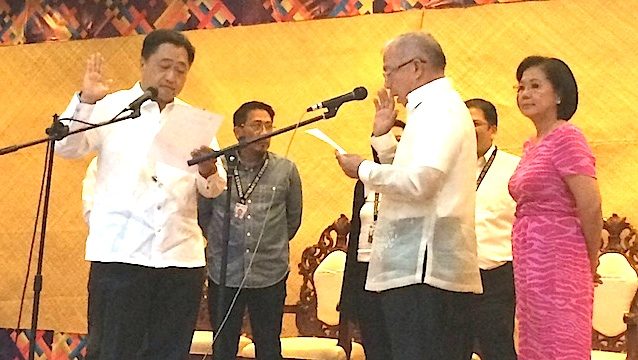 MANILA, Philippines – A deputy commissioner resigned, while the head of the investigation division was transferred to an office known as the “freezer” of the Bureau of Customs (BOC). All this within the week that Commissioner Alberto Lina was appointed.

One of those affected by the reorganization is a lawyer whose division is investigating one of Lina’s companies.

Deputy Commissioner Primo Aguas resigned on April 20 as Management Information Systems and Technology Group, but Lina said he received it only on Wednesday, April 29, and accepted it.

Lina also transferred lawyer Leonardo Peralta, head of the Investigation Division, to the Customs Policy Research Office (CPRO) – known in the Department of Finance as the “freezer” – without informing his superior, Deputy Commissioner for Intelligence Group Jessie Dellosa.

While Lina maintains the reorganization is part of his promise to continue reforming the tax-collecting agency, there are indications it is also part of a power play between him and Dellosa.

President Benigno Aquino III appointed Lina to the BOC a day after Commissioner John “Sunny” Sevilla said he wouldn’t allow the bureau to be turned into a milking cow for election fundraising. Sevilla, on his last day in office, said the last straw for him was the insistence of the administration on political accommodation in the bureau.

The influential Iglesia ni Cristo is said to have pushed for Intellectual Property Rights Division acting chief Teddy Sandy Raval to an appointed position in the BOC – the post of Director of Enforcement and Security Service (ESS), more commonly known as head of the Customs police. The position would oversee the 400 or so armed police force of Customs.

“The sudden transfer of Attorney Peralta to the CPRO caught the Intelligence Group by surprise as no prior consultation or comment was sought from me,” Dellosa said on Thursday, April 30.

He expressed “grave concerns” that Peralta’s transfer will “impede the sensitive investigations and cast doubt on the integrity of reform efforts.”

The Investigation Division, which is under the Intelligence Group, is investigating possible anomalies involving used clothing and shipments that have been abandoned or are overstaying at the Customs warehouses.

One of those being investigated is U-Freight Philippines Incorporated, a company owned by Lina, which allegedly failed to pay about P1.5 billion in taxes and duties for several shipments now at the BOC warehouse in Pasay City.

Asked about Peralta’s transfer, Lina said: “There is recommendation [for his transfer]. So what is the problem? I signed it. That is the prerogative of the commissioner.”

As for Aguas, the commissioner said: “His last day was yesterday so we shook hands. I think he has a lot of things to do.” – Rappler.com