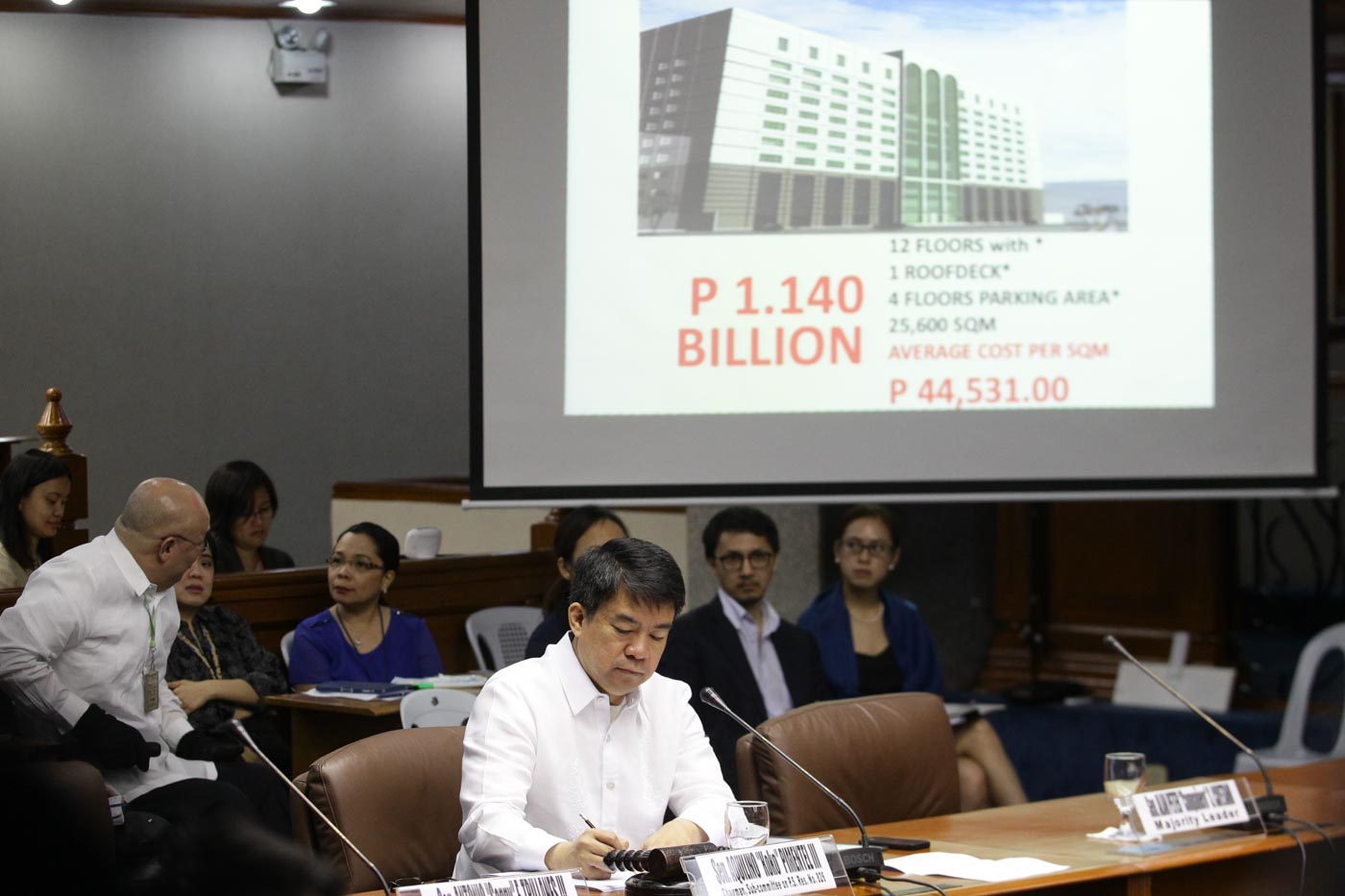 It took the panel 10 months and 20 hearings to craft the report focusing on the Makati City Hall parking building II, also the subject of a separate Ombudsman and Anti-Money Laundering Council (AMLC) investigation. The subcommittee continues to hear other corruption allegations against Binay.

In the 46-page report of subcommittee chairman Senator Aquilino Pimentel III, the panel said that Binay should be charged for the “grand conspiracy to milk the construction of the building for every peso that it could yield” through “massive unmitigated overpricing.”

The committee found that the building was overpriced by as much as P1.38 billion ($31 million).

“Vice President (former city Mayor) Jejomar C. Binay signed as the agency head for the Preliminary Services and for Phases I to III of the Makati City Hall II Parking Building, and [he should be charged] for his involvement in the kickback system,” the report said.

The panel also recommended the filing of plunder charges against Binay’s son, Makati Mayor Jejomar Erwin “Junjun” Binay Jr, who approved phases 4 and 5 of the project.

The other individuals the senators want charged with plunder are:

The parking building was constructed from 2008 to 2013, spanning the last term of the elder Binay as Makati mayor, and covering the first term of his son.

The report also concludes that the Vice President is the “true owner” of a 350-hectare property in Rosario, Batangas, despite his repeated denials.

Senators said that the so-called Hacienda Binay should be investigated for a possible forfeiture case. The panel also found Binay liable for failing to declare the property in his Statement of Assets, Liabilities, and Net Worth.

The subcommittee pointed out that it gave Binay all the opportunities to present his side but he snubbed the formal invitation to appear in a November 2014 hearing. Instead, the Vice President submitted an affidavit denying that the building was overpriced.

Binay rejects the longest running inquiry in Senate history as an effort of his political rivals to weaken his mass popularity as he runs for president in 2016. The opposition standard-bearer is the front runner in election surveys so far.

Here is the full text of the partial Senate blue ribbon subcommittee report: