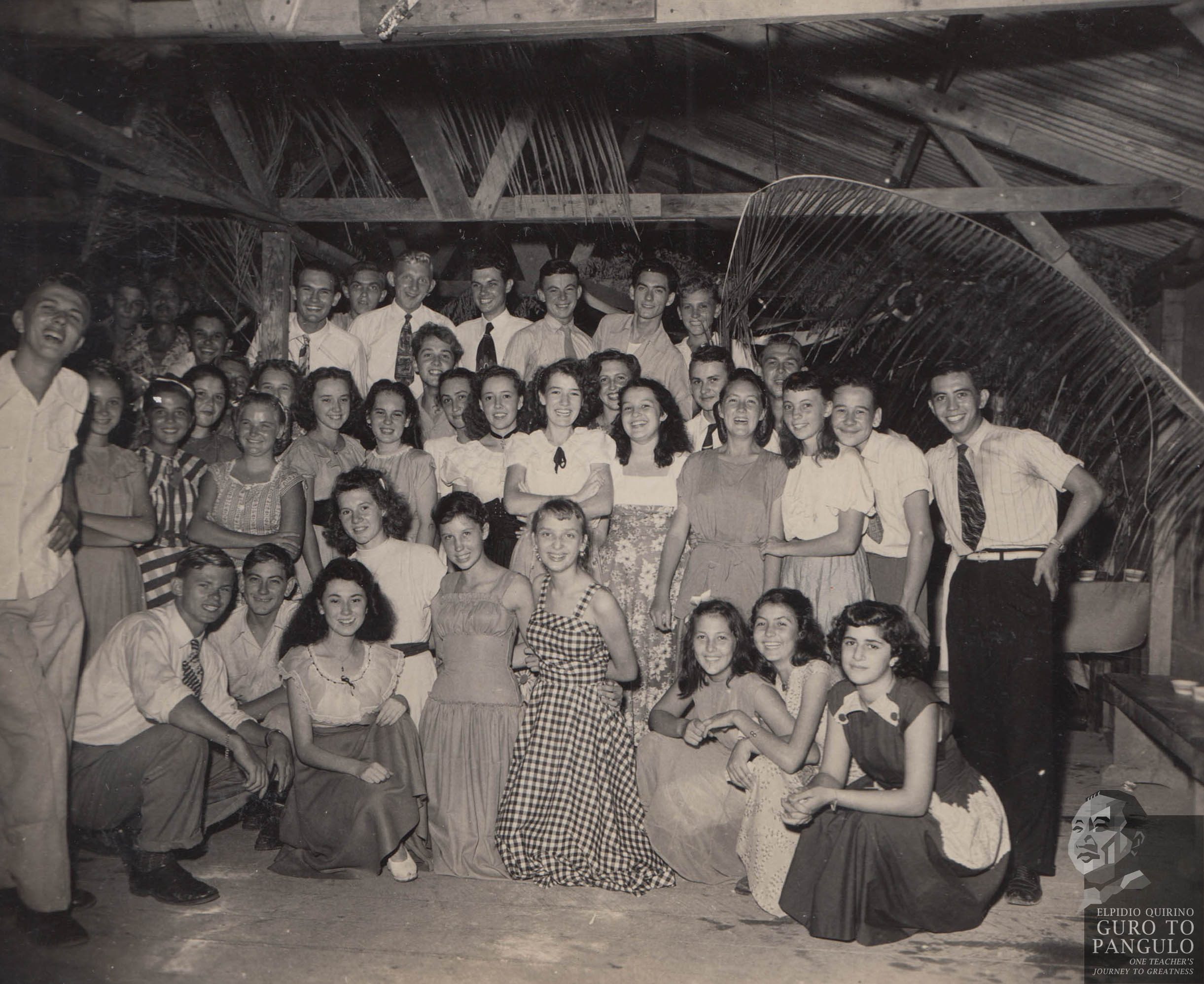 MANILA, Philippines – How did residents of the small town of Guiuan, Eastern Samar learn to dance ballet and to play the piano? Back in the 1950s, they had special teachers: anti-communist refugees from Russia.

Sixty-five years later, these former refugees and the United Nations hailed the Philippines’ “compassion and solidarity” as exemplified in its distinction of being the only country to welcome refugees fleeing communism in Russia and China in 1949.

“Refugees are human beings like you and me. They bring with them skills. The White Russians shared their skills with the local community, which explains why in Guiuan, as you walk through the town, you can still hear the piano. In the fiesta, ladies dance ballet. It’s extraordinary,” Kerblat said in an interview on Rappler Talk.

The White Russians fought the communist army in Russia during the Bolshevik Revolution in 1917, later fleeing to European countries, and Shanghai, China. After the establishment of the communist regime in China, they again had to leave. Only the Philippines under President Elpidio Quirino gave them sanctuary.

Kerblat said the experience showed why the Philippines is a “beacon of hope” for refugees.

“Where else in the world do you find a nation barely 4 years old, confronted with huge challenges of reconstruction, setting institutions, passing laws, and yet being the only nation to answer the call of the international community to say, ‘We’ve got this group of people in need of a safe haven. O sige, halika na (Okay, come over)?’” Kinna Kwan, senior researcher of the Quirino Foundation, tracked down the former refugees permanently resettled to Australia and the United States. She told Rappler that they are grateful for the Philippines’ hospitality and fondly recall Tubabao.

“A lot of them said it was kind of a breather. It was a very tiring experience from Russia to China to the Philippines. And the Philippines was a paradise, a beach, a sunset. They didn’t have to work much because they were taken care of by the IRO, the predecessor of UNHCR, so it was a moment for them to have hope of what’s about to come,” Kwan said.

Kerblat said this was why when Super Typhoon Yolanda (Haiyan) devastated Guiuan in 2013, the international community rushed to help.

The White Russians’ story will be part of Kerblat’s lecture titled “The Philippines and Asylum, A Historical Perspective” on Thursday, June 25, at the National Museum. He will discuss the waves of refugees welcomed into the Philippines since the 1920s.

His lecture also features never before seen photos and footage of the White Russians, courtesy of the Quirino Foundation. (READ: IN PHOTOS: The life of White Russian refugees in PH)

A refugee president and his predecessors

The Philippines’ history of accepting refugees was highlighted during the Rohingya crisis in May. (READ: FAST FACTS: Who are the Rohingya?)

While Thailand, Malaysia, and Indonesia initially towed back boats teeming with starving and dehydrated migrants, the Philippines became the first country in the region to say it will welcome one of the world’s most persecuted minorities. (READ: Rohingya and the port of last resort)

Kerblat said the policy came as no surprise, considering Philippine President Benigno Aquino III was once a refugee when his family was in exile in Boston during the Marcos dictatorship.

Aquino follows a long line of Filipino leaders who offered to provide safe haven to people forced to leave their countries because of persecution, war or violence.

“President Manuel Quezon opened the shores of the Philippines to people escaping the rise of Nazism in Austria, Germany, Russia, Poland, and elsewhere, and granted humanitarian visas to Jews who were clearly on the path of extermination. That is also an episode of Philippine history which remains to be fully documented,” said the UNHCR country head.

Kerblat also cited the case of the Spanish Republicans, who came to the Philippines in the 1930s to seek asylum during the Spanish Civil War.

From Manila, Tubabao, Palawan, to Bataan, the Philippines became the temporary home of thousands of refugees through decades.

“There were the East Timorese in need of international protection. In 1979, there were some 14,000 Iranian students who asked permission for a special type of visa, which the Philippines  granted to them. The Indochinese odyssey: 400,000 men, women, children, babies and elderly benefited from transit and asylum in the Philippines,” Kerblat said.

“These are huge humanitarian endeavors and achievements that our ancestors have done.” 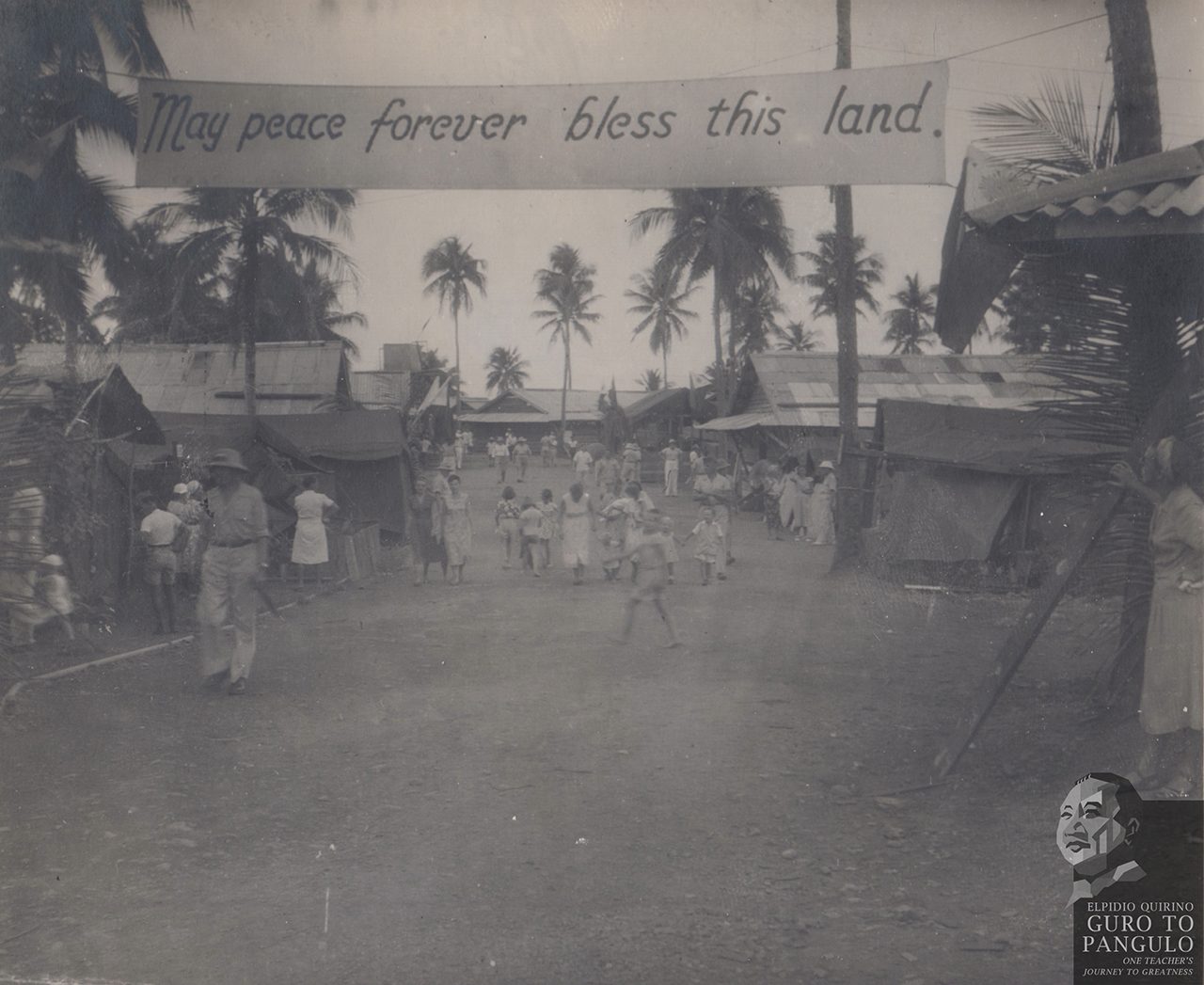 Besides history, the Philippines’ commitment to welcoming refugees is reflected in international and local laws. It is among the few Southeast Asian countries to accede to the 1951 Refugee Convention. In 2011, it became the first country in the region to ratify the 1954 Convention relating to the Status of Stateless Persons. (READ: TIMELINE: Philippine laws and policies on refugees)

Kerblat urged the Philippines to use this “wealth of expertise” in helping the Association of Southeast Asian Nations (ASEAN) address the Rohingya migrant crisis.

“The Philippines has a development expertise when it comes to resolving, preventing statelessness. It’s not a question of finger-pointing, imposing viewpoints. It is a question of contributing to this concert of nations to look at what are the best solutions in order to solve that crisis,” he said.

Kerblat and Kwan said Filipinos should be proud of their country’s generosity to refugees. The problem is many of them do not even know about it.

The Quirino Foundation plans to produce a documentary on the White Russians, and to host some former refugees in Guiuan in November to commemorate President Quirino’s 125th birth anniversary.

Kerblat said that the information drive must expand to education, recommending that the Department of Education include the history of the Philippines as a refugee haven in the curriculum.

“My wish is this is transmitted to the children who represent the future so this is not forgotten in the dark corner of history but kept present in the mind. The children of today are the decision-makers of tomorrow, and if we want to perpetuate this tradition of asylum and humanitarianism, it must be in the hearts and minds of our kababayan (compatriots).” – Rappler.com