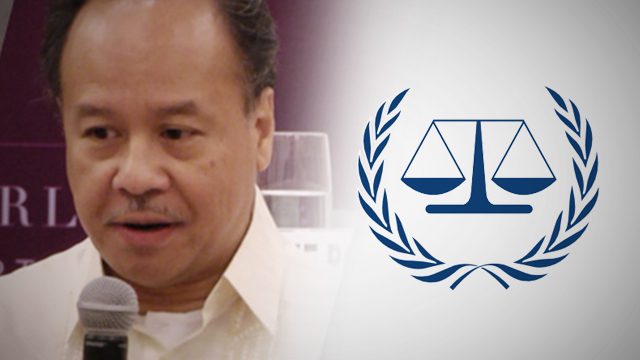 Facebook Twitter Copy URL
Copied
Pangalangan is elected with 59 votes. He will serve for 9 years on the international court.

MANILA, Philippines (UPDATED) – Former University of the Philippines (UP) College of Law dean Raul Pangalangan, 56, was elected to the International Criminal Court (ICC), the Philippine Mission to the United Nations announced in a Facebook post on June 24.

The Facebook post read: “The Permanent Mission of the Philippines to the United Nations congratulates Professor Raul Pangalangan, former dean of the UP College of Law, on his election as judge to the International Criminal Court (ICC).”

The Coalition for the ICC, an independent civil society organization, said in a Twitter post that Pangalangan was elected with 59 votes in his favor against 25 for Jordan’s Ibrahim Aljazy. (READ: Former UP law dean nominated to Int’l Criminal Court)

The former law dean and publisher of the Philippine Daily Inquirer fills the seat vacated by Philippine Senator Miriam Defensor-Santiago, who stepped down in June 2014 due to an ailment. She was nominated and elected to the ICC in 2011 but never assumed her position.

William Pace, convenor of the Coalition for the International Criminal Court, said in a statement: “The Coalition for the ICC welcomes Dr. Raul Pangalangan’s election as an ICC judge, which gives the Asia-Pacific region its full representation in the Court’s chambers. Dr. Pangalangan’s election gives the ICC a full bench of judges, which is crucial to the proper and efficient functioning of the Court as it handles an increasing caseload.”

Pangalangan was named candidate to the Philippine Supreme Court but was never appointed. He was also nominated to be chief justice after Renato Corona was impeached in 2012.

Pangalangan will serve a term of 9 years alongside 17 other judges on the international court. – Rappler.com