Is Tawi-Tawi ready for tourism?

Jun 27, 2015 2:30 PM PHT
Pia Ranada
Facebook Twitter Copy URL
Copied
Its residents are eager to shed the image of a conflict-ridden province and introduce its beauty to tourists. But is it advisable to visit Tawi-Tawi? 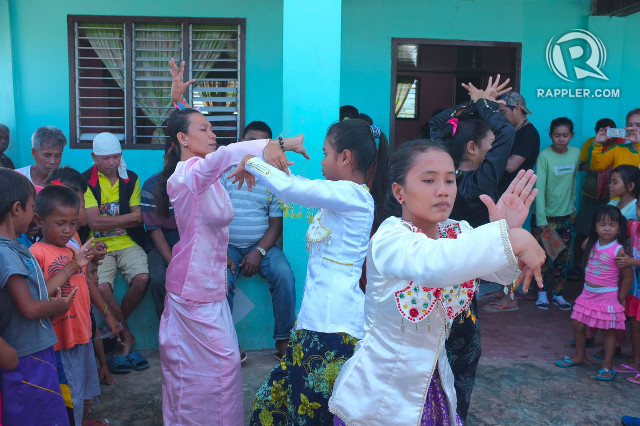 BONGAO, Philippines – We were welcomed at the Sanga-Sanga Airport in Tawi-Tawi by a colorful foursome in sequin-embroidered blouses and shiny sashes.

As they adorned us with woven lei-like necklaces, one of them introduces herself as the winner of Tawi-Tawi’s Next Top Model.

This was just one of the many surprises I encountered during my first few minutes in Tawi-Tawi, one of the southernmost islands in the Philippines notorious for armed conflict and kidnappings.

My companions and I were there to hold a Rappler workshop supported by the Marines, the provincial government, and Worldwide Fund for Nature (WWF).

Just a month ago, local media reported the abduction of a mining executive in Bongao town, where our hotel was located.

The next surprise came minutes later as we, and our luggage, are loaded onto a military 4-by-4 vehicle loaded with Marines in full battle gear.

The contrast is symptomatic of Tawi-Tawi’s current state.

Its people want progress and peace. But it is typecast as conflict-ridden in large part because of its proximity to more unstable areas like Sulu.

Tawi-Tawians are eager to shed this image.

Sahali’s family, a powerful political clan in the province, has been working hard to turn Tawi-Tawi into a tourism destination. 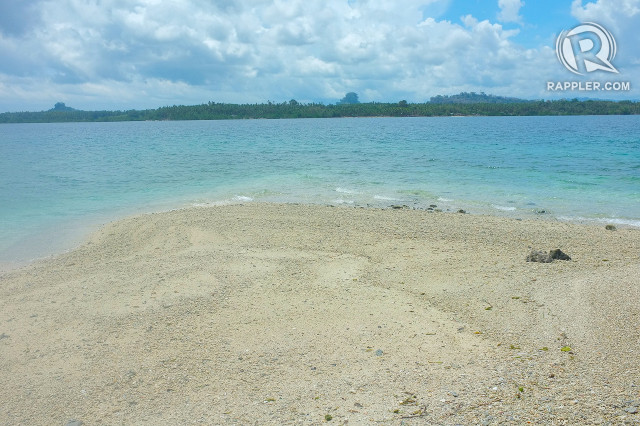 Among their efforts is a video showcasing Tawi-Tawi’s natural and cultural wonders using footage from world-famous Filipino director Brillante Mendoza who shot his film, Thy Womb, in the province.

“Tondo is more dangerous than Tawi-Tawi. More people die from road accidents in Commonwealth Avenue,” he told me.

But Sahali maintained, “We don’t have insurgents here. If there was, they’re from Sulu.”

Our 4-day stay in Tawi-Tawi yielded no violent incidents save for an accident involving foolhardy motorists and an unfinished road.

We were accompanied by a military escort everywhere. I was even assigned a “bodyguard” as I separated from the group to conduct interviews around the villages we visited. 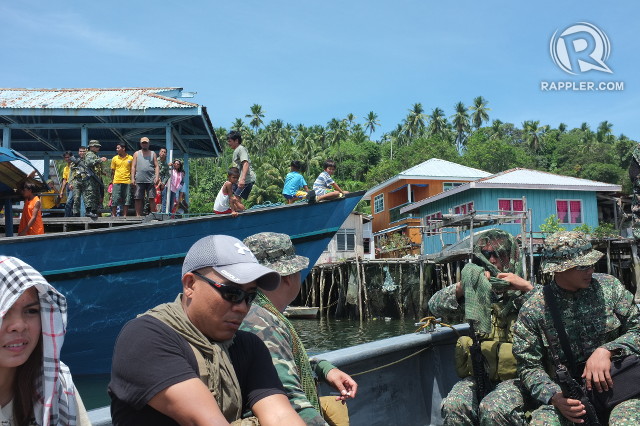 I’m not sure if the level of security we were given is typical for a normal tourist. It probably had something to do with the fact that we were there at the invitation of the local government.

Cabanlet told me that tourists traveling to remote areas are often escorted by some form of security. Tourists are still warned to stick with their security and to not go off wandering alone.

The province’s tourism officer Salvacion Pescadera admitted that anyone wanting to visit Tawi-Tawi should have a local contact before making the trip. 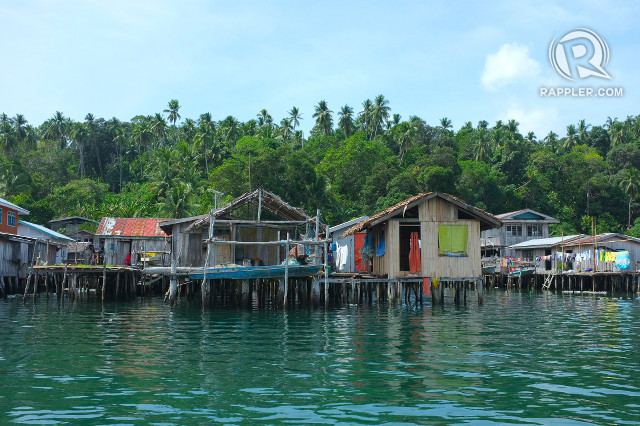 It’s not so much a safety concern as it is a lack of tourism facilities to cater to drop-ins. There are only very few hotels and only one restaurant.

But what Tawi-Tawi lacks in facilities, it makes up for in travel itineraries.

Another must-see is the oldest mosque in the country in Simunul, a town that proudly calls itself the “cradle of Islam” in the Philippines.

Because of the stereotype and despite all its attractions, tourists are not coming in droves. Yet.

Pescadera said that recent years have seen a modest rise in tourists because of blog posts and television shows that have featured the province.

It won’t be surprising if these numbers increase in the next few years. One thing working in their favor is how easy it is get to Tawi-Tawi from hubs like Metro Manila.

We took a plane to Zamboanga City and then a transfer flight to Tawi-Tawi. We left Metro Manila at 4 am and arrived in Tawi-Tawi just in time for 8 am breakfast at our hotel. 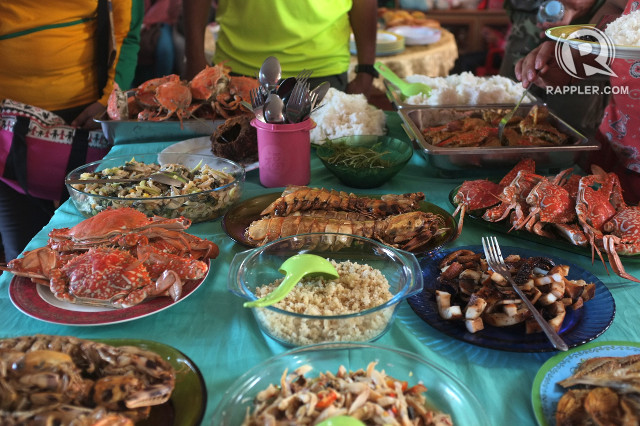 The province is keen to capitalize on tourism as a driver of development.

Some key infrastructure projects are already in the works to make this happen.

The airport has obtained a P240-million funding from the Department of Transportation and Communication, said Sahali. A longer runway will mean it can cater to bigger aircraft.

Already being constructed is a major water pipeline that will being fresh water from the Malung River to Bongao town and other areas.

The project is critical if Tawi-Tawi wants to attract investors. Some food chains hoping to put up branches in Tawi-Tawi were concerned about the lack of fresh water, said Sahali.

It’s also seen as a way to spur the province’s largest source of income – the seaweed industry.

Around 80% of Tawi-Tawians earn a living from seaweed farming. Farmers usually sell the raw material for P5/kilogram if wet, and or P30/kilogram if dried. 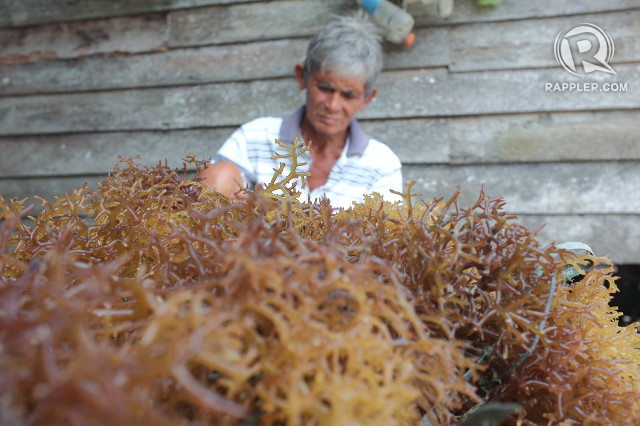 The seaweed is processed elsewhere to extract carrageenan – a gelling, thickening, and stabilizing substance used mostly in dairy and meat products.

But the province’s economy could do so much better if locals processed the seaweed themselves, said Sahali. The main input needed for processing is fresh water.

Tawi-Tawi has become such a significant source of carrageenan that it has been called the “carrageenan capital of the world.”

Its major cultural festival, held in September, is called the Agal-Agal Festival. Agal-agal or agar-agar is the local term for seaweed.

There are other knots Tawi-Tawi still has to untangle before it can become a tourist hub.

Its poor solid waste management and lack of sewage facilities could condemn it to a future like Boracay’s present – in which the island paradise has become soiled by pollution.

Young Tawi-Tawians identified garbage as one of the biggest problems confronting their province. 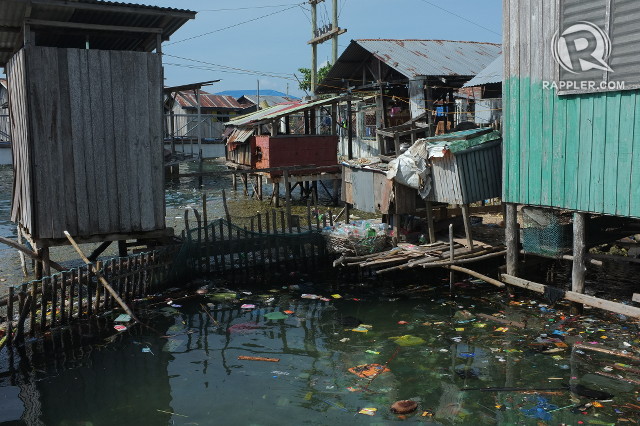 The waterways which have earned it the nickname “Venice of the South” are clogged with plastic bags, bottles, broken nets, and the occasional floating slipper.

Dr Filemon Romero of the Worldwide Fund for Nature (WWF) says the province still throws its garbage in an open pit, which under the country’s Ecological Solid Waste Management Act, should have been phased out a long time ago.

Open pits, unlike sanitary landfills, do not make use of regulatory procedures and equipment. Often, leachate from garbage is allowed to seep through the soil, contaminating groundwater. Sanitary landfills would have lining to contain the leachate.

The provincial government is also just about to purchase two garbage collection trucks. Part of the funds were raised during a clean-up fun run held in Bongao on Earth Day, April 22.

Authorities know more planning is needed to transition Tawi-Tawi into the future it wants for itself.

But if she had her way, Sahali would want Tawi-Tawi to retain its natural charm.

“We want it to be a sustainable kind [of tourism]. Like if you’re from another island, you come here, you bring your buildings, it shouldn’t be like that. You come and experience what we have and you have good memories and then you go back.” – Rappler.com