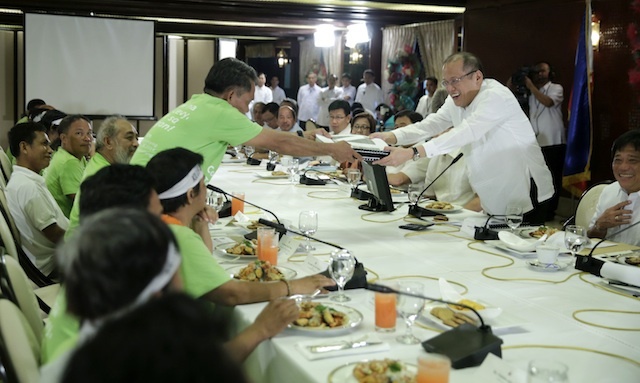 According to PCGG, the asset tally showed an estimated P93 billion total worth of coconut levy assets. This includes the cash redemption value of P74 billion as of December 31 last year.

The Commission on Audit will now be tasked to validate the PCGG report.

In December 2014, the Supreme Court affirmed the decision to give coco levy funds to farmers. The court also affirmed with finality the 2004 decision of the Sandiganbayan awarding shares of San Miguel Corporation, bought using taxes collected from coconut farmers during the Marcos administration, to the government.

The same December 2014 decision ordered funds to “be used only for the benefit of all coconut farmers and for the development of the coconut industry.”

On March 18 this year, Aquino signed Executive Orders 179 and 180 detailing the process of inventory, acquisition, and administration of the multi-billion coco levy funds.

Meanwhile, a bill creating a Coconut Farmers and Industry Trust Fund Committee is still pending in both the Senate and House of Representatives. The measure is similar to Aquino’s twin EOs. Proponents of the measure, however, said the bill is needed to institutionalize the trust fund for coconut farmers, who are considered one of the country’s poorest. – Rappler.com