Aquino swears in Garin, Hontiveros, 32 others Hontiveros, an Aquino ally, is now a board member of the Philippine Health Insurance Corporation (Philhealth). 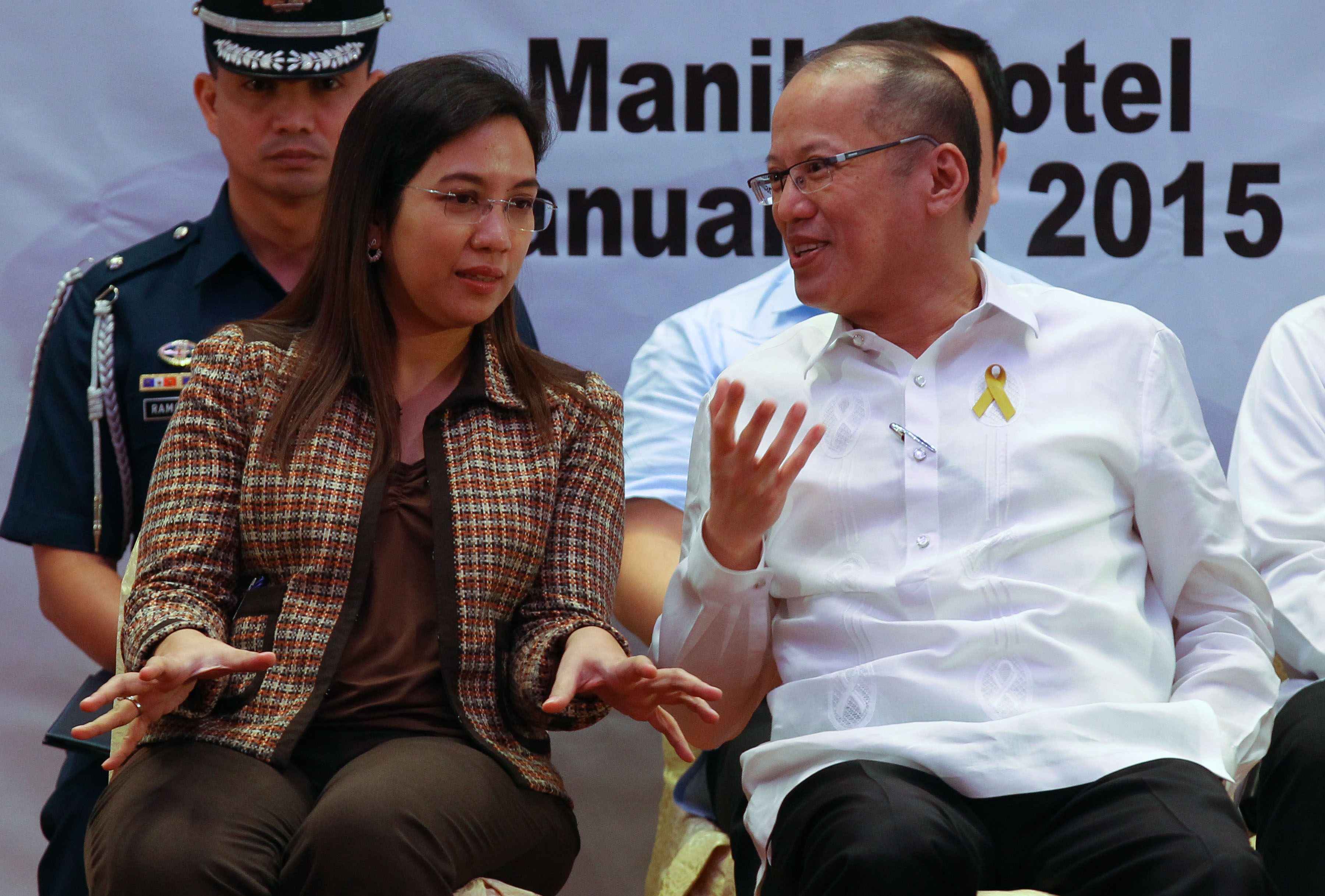 Garin was appointed health chief in 2015 after serving as the agency’s acting secretary when former chief Enrique Ona quit his post in December 2014.

Both Garin and Hontiveros are aligned with the ruling Liberal party (LP) and pushed for the passage of the administration-backed Reproductive Health (RH) law.

Hontiveros ran in the senatorial ticket of Team PNoy in 2013 but lost. Garin is reportedly seeking an elective post in 2016.

Commission on Elections (Comelec) commissioners Rowena Guanzon and Sheriff Abas also took their oath before Aquino, after being appointed in May this year.

The Commission on Appointments has confirmed Guanzon, former mayor of Cadiz city in Negros Occidental.

She is said to be an ally of Interior Secretary Manuel Roxas II. Guanzon is also a member of the UP Delta Lambda Sigma Sorority, the sister affiliation of Senate President Franklin Drilon’s Sigma Rho Fraternity.