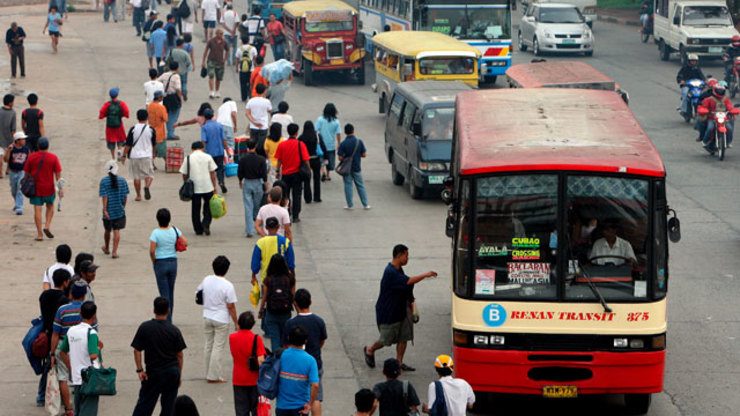 Research by the Philippine Institute of Development Studies (PIDS) showed that an effective policy to reduce the number of buses plying the 24-km road would significantly reduce the travel time and cost of traffic for commuters, according to Prof. Roehlano Briones.

Transport agencies and members of the academe convened in an event organized by the PIDS, Action for Economic Reforms, and Consumer Unity and Trust Society International to discuss competition reforms in the bus transport sector.

An earlier report by the Japan International Cooperation Agency (JICA) showed that the Philippines lost P2.4 billion every day in 2012 due to traffic jams, with the amount likely to rise if solutions are not implemented.

A 2014 JICA study also said that it was possible to reduce the number of buses in EDSA by 50% without adversely affecting service to bus passengers.

Aside from the high density of vehicles snarling traffic along the major thoroughfare, accidents – many of them involving buses – also aggravate road congestion.

To solve this, experts recommend giving bus drivers and conductors fixed wages instead of relying on the current “boundary system.” In this system, the driver’s take-home pay is the total amount earned from fares minus a fixed amount that he gives to the bus company.

The boundary system forces bus drivers to compete with each other to pick up more passengers, often at the expense of the passengers’ safety and regard to traffic rules.

In 2012, the labor department released Department Order 118-12, which gives bus drivers both a fixed wage and a commission component.

The order outlines the two tiers of the salary: a fixed wage that should not be lower than the applicable minimum wage set by the government, and a commission that varies according to the employer’s net revenues. – Rappler.com