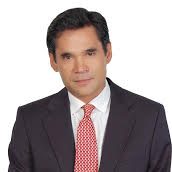 Carla Yap Sysu resigned as Treasurer of the Board of Directors to join Rappler as its head of Sales and Marketing. She was replaced by James Bitanga.

Felicia Hung Atienza and James Velasquez were key additions to round out the team.

Manny Ayala, Chairman of the Board

Manny is a founder at Hatchd Inc., a technology incubator focused on building great Internet and mobile brands, and the Managing Director of Endeavor Philippines.  He was previously a managing director at IRG Ltd, a HK-based M&A boutique focused on the telecoms, media and tech industries.  At IRG, Manny focused on a variety of projects in the Internet, mobile, television and online gaming sectors.

Manny was the number two executive at Discovery Networks Asia, where he oversaw Strategic Planning, Programming, On-Air Branding and Program Sales.  He was instrumental in building Discovery Channel and Animal Planet into top-rated TV channels across the region.  Before joining Discovery, Manny was deputy general manager for TNT and Cartoon Network Asia, an AOL Time Warner TV channel, where he was a key member of the team that launched the service across the Asia Pacific.  Prior to that, Manny worked for STAR TV where he was part of the team that acquired the Don Bluth Animation Studio as well as a number of the world’s key Chinese-language film libraries. 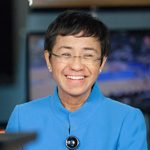 Maria has been a journalist in Asia for nearly 30 years – nearly a decade as CNN’s bureau chief in Manila and another decade as the global network’s Jakarta bureau chief.  She became CNN’s lead investigative reporter focusing on terrorism networks and in 2003, the Simon & Schuster group published her first book, the first from the region documenting the growth of Jemaah Islamiyah and its  links to al-Qaeda Seeds of Terror: An Eyewitness Account of Al-Qaeda’s Newest Center of Operations in Southeast Asia.

In 1987, Maria was one of the founders of Probe, an independent production company.  In 2005, she became the senior vice-president of ABS-CBN’s news group, heading the largest multi-platform news operation in the Philippines for 6 years.

Maria taught courses in politics and the press for her alma mater, Princeton University, and in broadcast principles at the University of the Philippines.  Her latest book, FROM BIN LADEN TO FACEBOOK, was part of her work as author-in-residence and senior fellow at the International Centre for Political Violence & Terrorism Research in Singapore.  She is also the Southeast Asia Visiting Scholar at CORE Lab at the Naval Postgraduate School in Monterey, California. 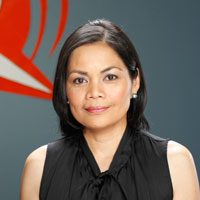 Glenda studied to be a journalist during the Marcos years.  Revolutions and transitions shaped her career and temperament.  She worked for the Philippine Daily Inquirer, The Manila Times, the Philippine Center for Investigative Journalism and for international news agencies.  In the dying days of the Estrada administration, she co-founded Newsbreak, which started as a weekly news magazine and became one of the Philippines’ leading investigative reporting organizations.

From 2008 to January 2011, she managed ANC, the ABS-CBN News Channel, as its chief operating officer.  Under her management, ANC grew its revenues 400% and acted as the harbinger of new initiatives for the ABS-CBN news group.  She played a key role in harnessing social media for the network’s 2010 election coverage.

Glenda now manages the Rappler newsroom, merging traditional journalism with innovative crowd-sourcing social media techniques.  She’s written numerous books including Under the Crescent Moon: Rebellion in Mindanao with Marites Danguilan-Vitug, a groundbreaking book on the conflict in Mindanao that won the National Book Award.  In 2011, she wrote The Enemy Within: An Inside Story on Military Corruption with Aries Rufo and Gemma Bagayaua-Mendoza.

Glenda received a journalism degree in 1985 at the University of Santo Tomas in Manila.  A British Chevening scholar, she holds a master’s degree in political sociology from the London School of Economics and Political Science. 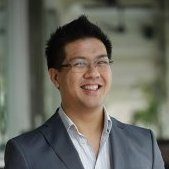 James previously spent time supporting several projects with the Supreme Court of the Philippines during the term of Former Chief Justice Reynato Puno. Prior to that, he was a commercial and securities litigator in New York. His other engagements include sitting on the David Pollock Scholarship Committee in relation to the advocacy for Families in Global Transition and a teaching stint in the FEU-La Salle JD-MBA Program.

James graduated with a Juris Doctor from Boston College Law School after earning a degree in Management in Communications Technology from the Ateneo de Manila University. He is a member of the New York Bar. 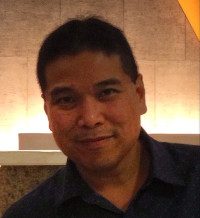 Nix is a digital entrepreneur with businesses in mobile applications, web marketing and e-commerce.

He’s the CEO of Xurpas, Inc., a large mobile content provider which develops mobile marketing programs and applications for several telecommunications firms in the Philippines as well as other emerging markets.  Xurpas is the only listed consumer tech company in Southeast Asia.  He is also the co-founder of pinoyexchange.com, one of the country’s largest online communities.

Nix graduated with a business degree from the Ateneo de Manila University and was selected as one of the top 50 entrepreneurs in the Philippines by Entrepreneur Magazine. 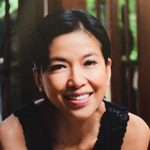 Felicia is the founder and President of the Chinese International School Manila.

She has more than a decade’s experience in finance.  She was Director of Institutional Equity Sales at Merrill Lynch Securities Philippines & Merrill Lynch London; Associate Director at JP Morgan Fleming Philippines. 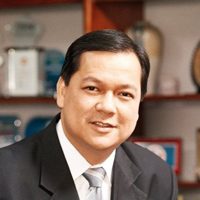 James is a technology veteran in the ASEAN region having held key local and regional positions for IBM over the last 26 years.

James is a graduate of Electronics and Communications Engineering from the University of Santo Tomas in Manila.

He has also served on the boards of various NGO and academic institutions and has received recognition in the fields of CSR, marketing, human resources and ICT. Among these, he received the Communication Excellence in Organizations (CEO EXCEL) Award in 2011 from the International Association of Business Communicators (IABC). He was also a recipient of the the UST Alumni Award in 2009 for Business Management.