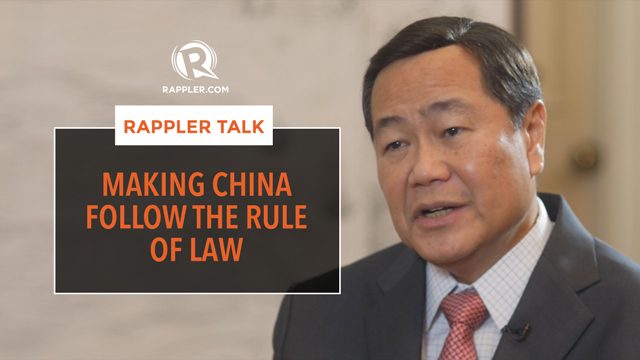 It’s been more than 2 years since the Philippines brought China to an international arbitration court over maritime disputes. The Philippines claims China’s 9-dash line, which swallows a vast expanse of the Exclusive Economic Zone, violates international law as stipulated in the UN Convention on the Law of the Sea (UNCLOS), to which China is a signatory. Rappler talked to Senior Associate Justice Antonio Carpio, who has extensively studied and lectured on the historical roots and legal dimensions of the South China Sea dispute. Carpio said, “Once the jurisdiction is won by the Philippines, and the tribunal says it has jurisdiction, then we practically know the tribunal will strike down the 9-dash line,” he said.