PH to Hague tribunal: China threatens law of the sea 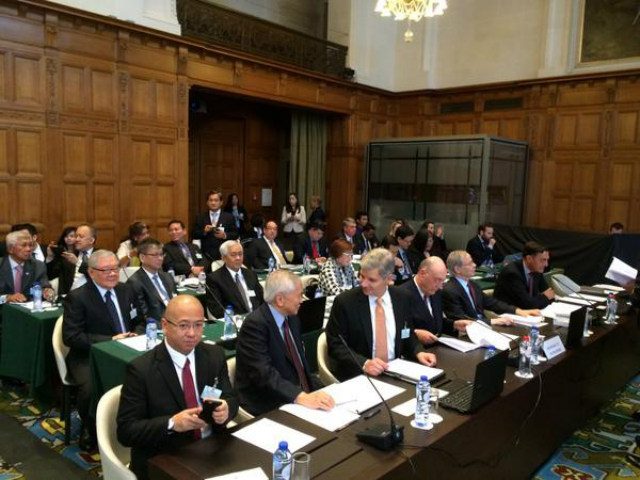 MANILA, Philippines – The Philippines cautioned an arbitral tribunal at The Hague, The Netherlands, that China’s expansive claim over disputed waters threatens the law of the sea, and endangers small countries like the Philippines.

In the Philippines’ opening salvo in its case at The Hague, Philippine Foreign Secretary Albert del Rosario said the South China Sea dispute “goes to the very heart” of the so-called Constitution for the Oceans, the United Nations Convention on the Law of the Sea (UNCLOS).

“In the Philippines’ view, it is not just the Philippines’ claims against China that rest in your capable hands. Mr President, it is the spirit of UNCLOS itself,” Del Rosario said Tuesday, July 7, addressing the 5-member tribunal’s president.

“That is why, we submit, these proceedings have attracted so much interest and attention. We call on the tribunal to kindly uphold the convention and enable the rule of law to prevail,” he said. (READ: FULL TEXT: The Philippines’ opening salvo at The Hague)

He also hailed the provisions of UNCLOS on settling sea disputes. “It is these dispute resolution provisions that allow the weak to challenge the powerful on an equal footing, confident in the conviction that principles trump power; that law triumphs over force; and that right prevails over might.”

The Philippines’ top diplomat delivered this statement on the first day of oral hearings at The Hague. (READ: Philippines in full force on 1st day at The Hague)

This is the first time a country brought China to court over the South China Sea dispute.

China refuses to join the proceedings. Instead it pushes for bilateral or one-on-one talks with the countries involved.

Violation ‘in both word and deed’

In his speech, Del Rosario explained that China violates UNCLOS by asserting its “historic rights” established by its 9-dash line.

The Philippines pointed out that UNCLOS “does not recognize” China’s so-called historic rights through the 9-dash line. (READ: Top Philippine judge uses Chinese maps vs China)

The EEZ is the area 200 nautical miles within a coastal state’s baselines or edges, within which it has the exclusive rights to fish and to exploit other resources. (READ: PH vs China at The Hague: ‘80% of fish’ at stake) 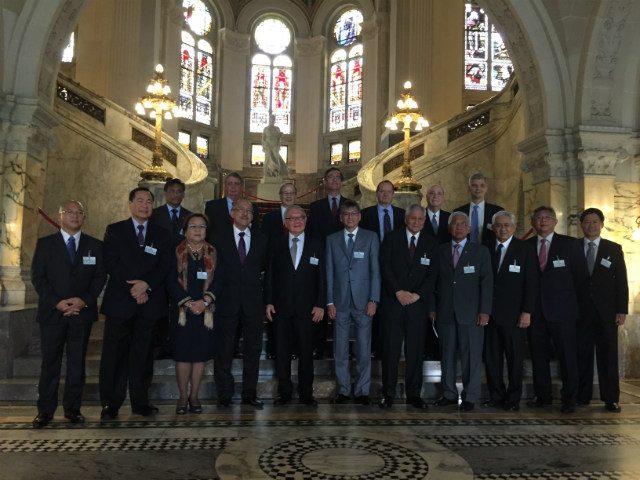 The Philippines says a huge part of the South China Sea, which it calls the West Philippine Sea, falls within its EEZ.

“It has therefore, in the Philippines’ view, breached the convention by violating Philippine sovereign rights and jurisdiction. China has pursued its activities in these disputed maritime areas with overwhelming force. The Philippines can only counter by invoking international law,” he said.

‘Of utmost importance’ to all

Del Rosario added: “In fact, China has done much more, Mr President, than to simply claim these alleged ‘historic rights.’ It has acted forcefully to assert them, by exploiting the living and non-living resources in the areas beyond the UNCLOS limits.”

China, for instance, has buried 311 hectares of coral reefs through its island building activities, according to the Philippines.

At the same time, China has “forcibly” prevented other coastal states, including the Philippines, “from exploiting the resources in the same areas.”

Filipino fishermen, for one, have complained that China is blocking them from fishing in the South China Sea.

After all, China’s claim has “created significant uncertainty and instability in our relations with China and in the broader region.”

Referring to UNCLOS, Del Rosario told the tribunal: “If China can defy the limits placed by the convention on its maritime entitlements in the South China Sea, and disregard the entitlements of the Philippines under the convention, then what value is there in the convention for small states parties as regards their bigger, more powerful, and better armed neighbors?” – Rappler.com